The five space shuttles have carried a lot of cargo into space; 179 payloads weighing a combined total of 3,513,638 pounds (1593 metric tons), to be precise. Along with most of the pieces of the International Space Station, the shuttles have carried 99 satellites for launch from low-Earth orbit. It was a way to get two launches (sometimes three) for the price of one.

Three satellites stand out for their role in Earth science: the Earth Radiation Budget Satellite, the Upper Atmosphere Research Satellite, and the Laser Geodynamic Satellite 2. 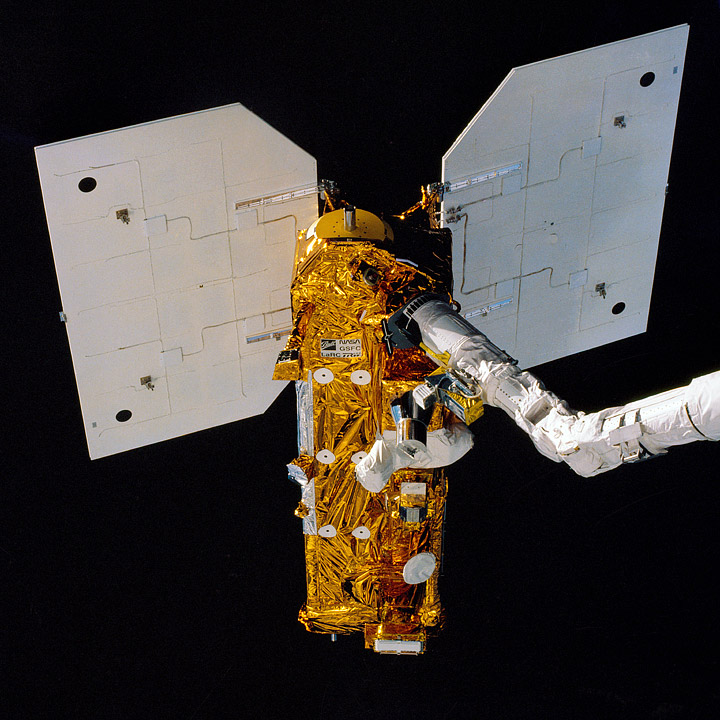 Launched from Challenger in October 1984 (top image), the Earth Radiation Budget Satellite was designed to investigate how energy from the Sun is absorbed and re-radiated by the planet, also known as the energy budget. The mission lasted 21 years, collecting key data on weather and climate, atmospheric ozone depletion, and the effects of fossil fuel burning.

The seven-ton Upper Atmosphere Research Satellite (UARS) (middle photo) was carried into space by shuttle Discovery in September 1991. UARS housed ten instruments to collect data on a variety of chemicals—including carbon dioxide, ozone, chlorine, methane, nitrogen oxides, and chlorofluorocarbons (CFCs)—and the processes that create, destroy, and mix them in the stratosphere, a region scarcely studied before the launch. 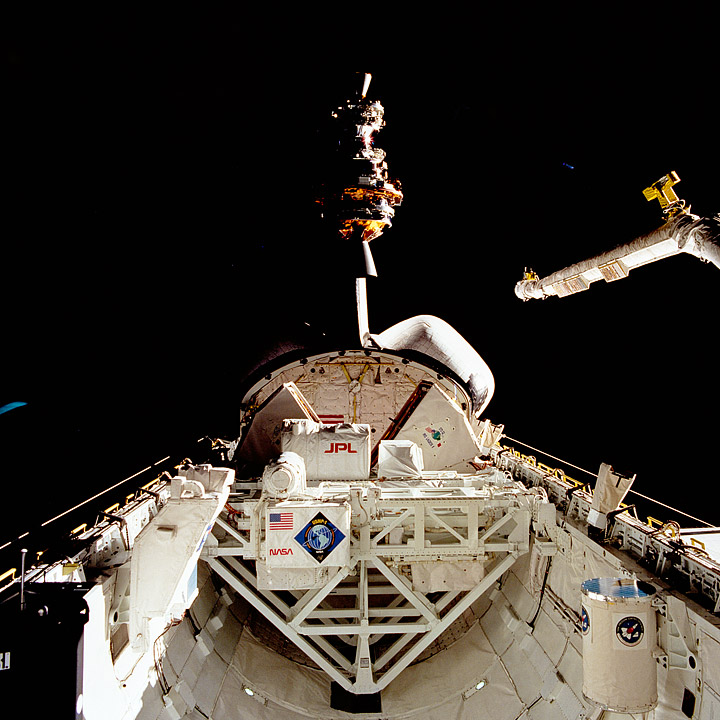 October 1992 brought the launch of the Laser Geodynamic Satellite 2 (LAGEOS) from a spinning solid fuel rocket (bottom image). A follow-on to LAGEOS 1, launched in 1979, the golf-ball shaped satellite was a simple aluminum sphere covered in tiny reflectors. Scientists could flash a pulse of laser light from the ground to the satellite to measure the geoid, or the shape of the Earth, and the movement of the planet’s tectonic plates.