In the 1980s and early 1990s, NASA embraced a “systems” approach to studying Earth science. Where land- and ocean-based scientists could make observations in great depth from individual points, space-based sensors could examine entire regimes of Earth with a broader but shallower view—the global ocean surface, plant cover over all continents, the composition of the atmosphere both horizontally and vertically. Scientists could ultimately piece together the micro and macro scales for a deeper understanding of how the planet works. 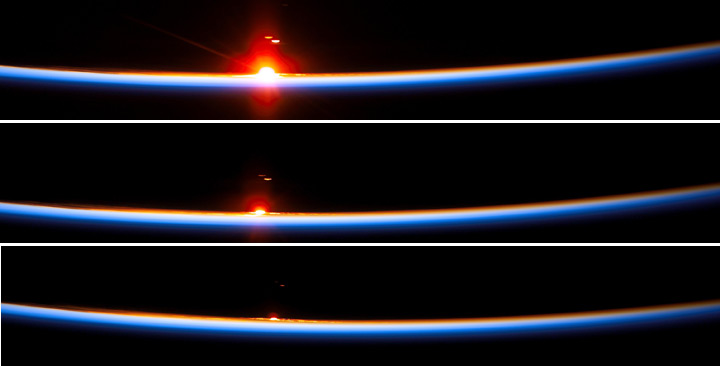 Equipped with a 60-foot-long payload bay, a nimble robotic arm, and two to seven pairs of human hands and eyes (depending on the size of the crew), the Space Shuttle became an orbiting laboratory and observatory for Earth system science. The shuttle could not observe continuously for months to years, as satellites might. But the human touch and the frequent flights did allow some intensive and diverse studies.

For instance, the Space Shuttle played a key role in measuring solar irradiance—the amount of radiant energy arriving at the top of Earth’s atmosphere from the Sun. A key driver of global climate and of atmospheric chemistry, the Sun’s output must be measured from above the water vapor, gases, and particles of the atmosphere, which absorb, scatter, and reflect sunlight before it can reach the ground. 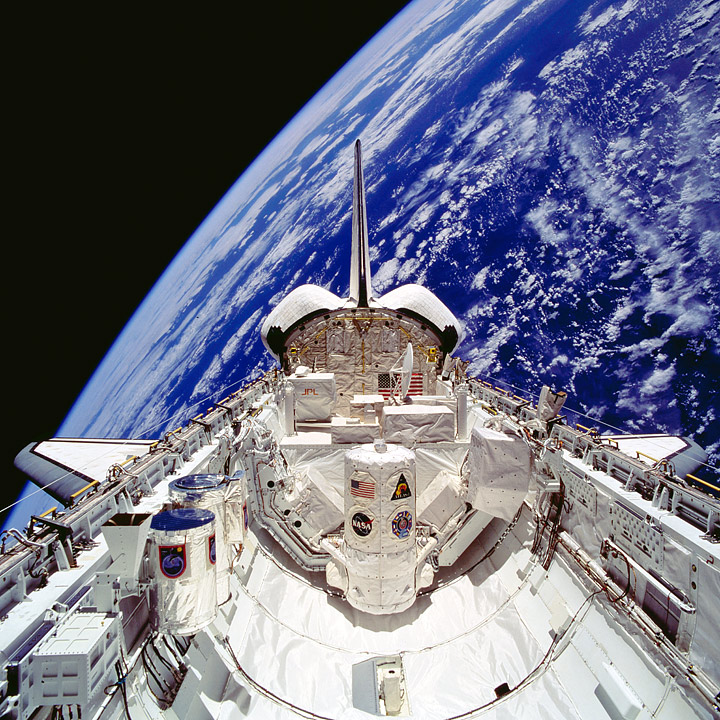 In the three flights of the Atmospheric Laboratory for Applications and Science, or ATLAS (middle photo), four of the 14 experiments measured the Sun’s output. Solar sensors were also flown independently on several shuttle missions.

One of those instruments was the Measurement of Solar Constant (SOLCON, middle image above). As shown in the plot of solar irradiance, SOLCON measurements served as a check on the quality of data coming from satellite-based sensors (ERBS and ACRIM), which degrade over time (because of conditions in space) and need to be recalibrated.

This satellite-complementing work was a common theme for other Space Shuttle sensors such as the Shuttle Solar Backscatter Ultraviolet Spectrometer (flown eight times), the Atmospheric Trace Molecule Spectroscopy experiments, and the Shuttle Ozone Limb Sounding Experiment, all of which observed stratospheric ozone and the chemistry and dynamics of our thin, blue atmosphere (top image).