In the wake of Hurricane Sandy, densely populated areas of the U.S. East Coast sat in the dark.

Hurricane Sandy churned up sediment along the continental shelf as it passed Florida, Georgia, and South Carolina. 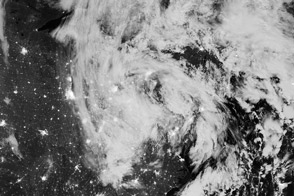 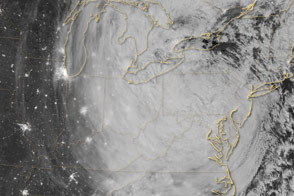 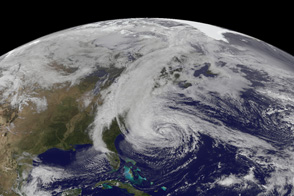 A U.S. geostationary weather satellite captured this image of the storm on the afternoon of October 28, 2012. 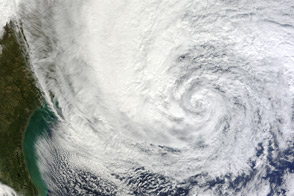 Time-lapse animation of Hurricane Sandy from the vantage point of geostationary orbit.