Ambrym Volcano in the Vanuatu archipelago remains active in 2013. 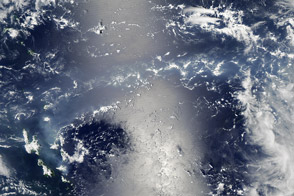 A sulfurous plume from the Vanuatu Archipelago stretches across the Pacific. 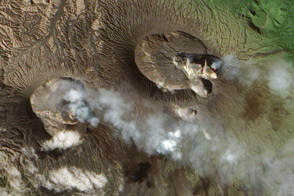 A rare clear sky revealed the active heart of the South Pacific volcano. 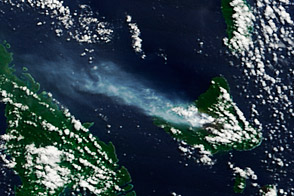 A volcanic plume streams from Vanuatu’s Ambrym Volcano in this satellite image from May 22, 2011.

Ambrym volcano emits a thin plume in this NASA satellite image from December 3, 2009.