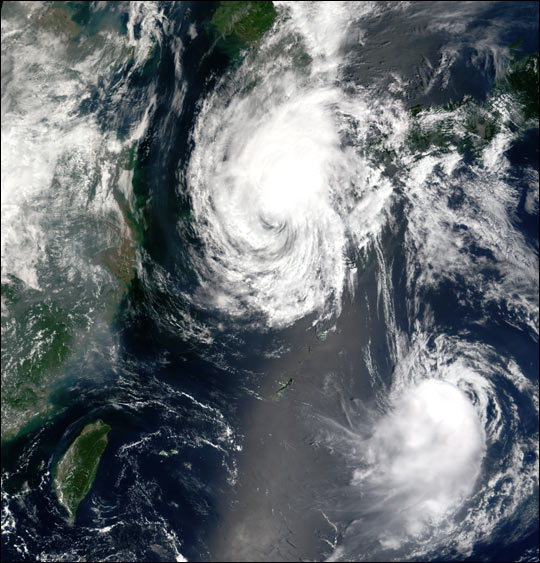 Tropical Storm Fengshen, which was a raging super typhoon six days ago, can be seen in the upper portion of the image off the coast of China. As of 12:00 UTC, the tropical storm was packing winds of over 83 kilometers (52 miles) per hour. It is expected to hit come aground in China over the next 18 hours, diminish into a tropical depression, and head towards Beijing.

Tropical Storm Fung-Wong can be seen at the bottom portion of the image due south of Japan. As of 12:00 UTC, the storm was also packing winds of over 83 kilometers (52 miles) per hour. It is expected to move north and skirt the southern edge of Japan before following Fengshen into China.

Tropical Storm Fengshen was moving toward China on July 26, 2002.