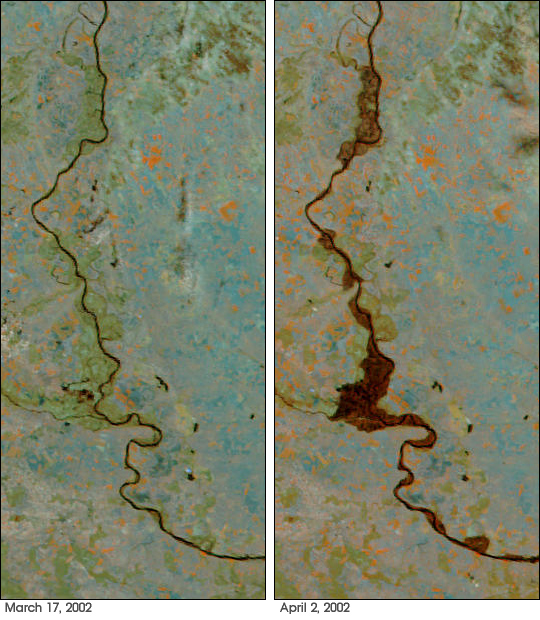 Though waters have receded from last week's levels, the Danube River in Eastern Europe continues to overflow its banks. The false-color image of the flood (right) was acquired on April 2, 2002, by the Moderate-resolution Imaging Spectroradiometer (MODIS), flying aboard NASA’s Terra spacecraft.

According to the Hungary Ministry of Transport and Water Management, the river reached its highest levels in 50 years last week. The image shows the worst of the flooding, which took place in southern Hungary and along the border of Croatia and Yugoslavia. Large sections of woodland were mired in water and dozens of people were forced from their homes. During most of the year, the river resembles a thin black line (left image).

In this false-color image, the land is greenish blue and water is black. The pinkish white patches are clouds. To obtain a low-resolution image of the scene, visit the MODIS Rapid Response Image Gallery.