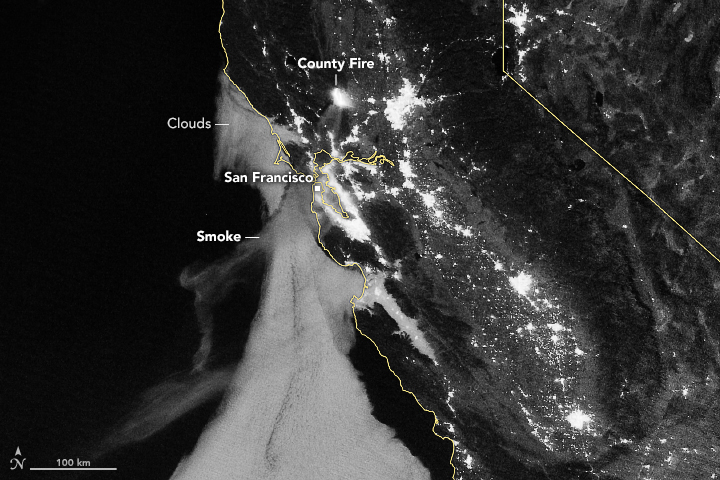 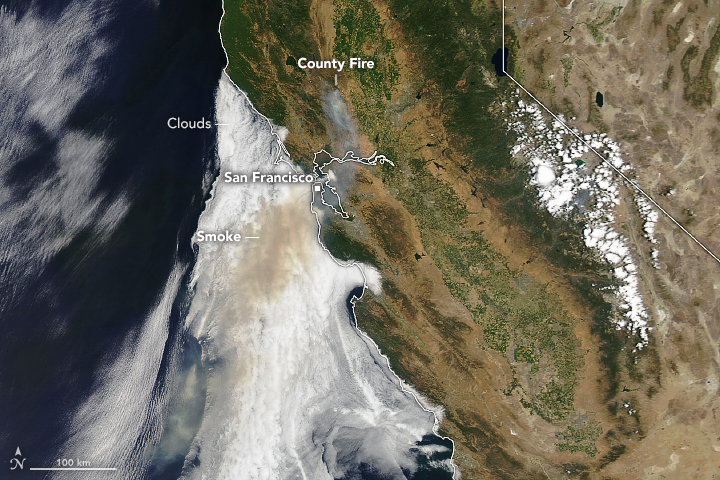 Light from the County Fire illuminated the night skies of Northern California when the Suomi NPP satellite acquired an image (top) overnight on July 1, 2018. With plenty of light from a nearly full Moon, the smoke was even visible streaming southwest toward San Francisco Bay and the Pacific Ocean.

The fire had started the day before and burned a few thousands acres near the rural community of Guinda, but it quadrupled in size overnight as strong winds fanned the flames in hot, dry weather. By the afternoon of July 3, the blaze—just 5 percent contained—had charred more than 70,000 acres (30,000 hectares) and forced hundreds of people to evacuate the area.

The Moderate Resolution Imaging Spectroradiometer (MODIS) on NASA’s Aqua satellite captured a natural-color image of the fire on the afternoon of July 1. Thick smoke streamed southwest toward San Francisco Bay, where many people woke up to unusually dark skies and peculiar views of orange clouds and fog. Significant amounts of smoke appeared to be drifting above the cloud layer.

Roughly 2,160 fire personnel were trying to control the fire. They had 187 fire engines and 18 helicopters at their disposal, according to Cal Fire.

The nighttime image was acquired with the “day night band” of the Visible Infrared Imaging Radiometer Suite (VIIRS). VIIRS detects light in a range of wavelengths from green to near-infrared and uses filtering techniques to observe signals such as city lights, auroras, and wildfires.

Appears in these Collections:
Earth at Night
MODIS Rapid Response 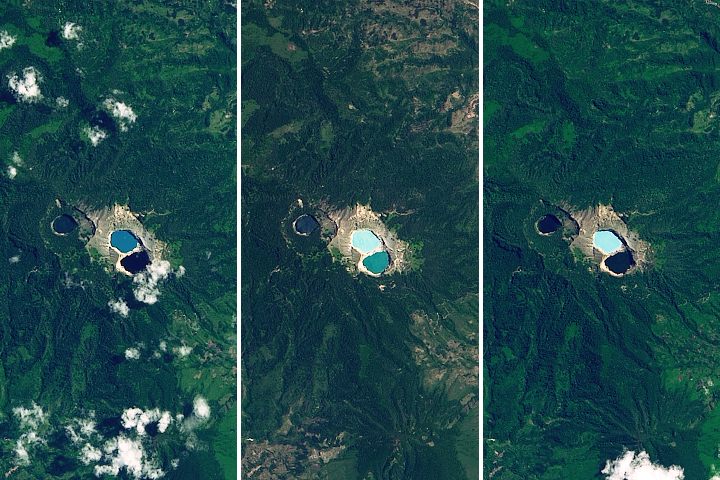