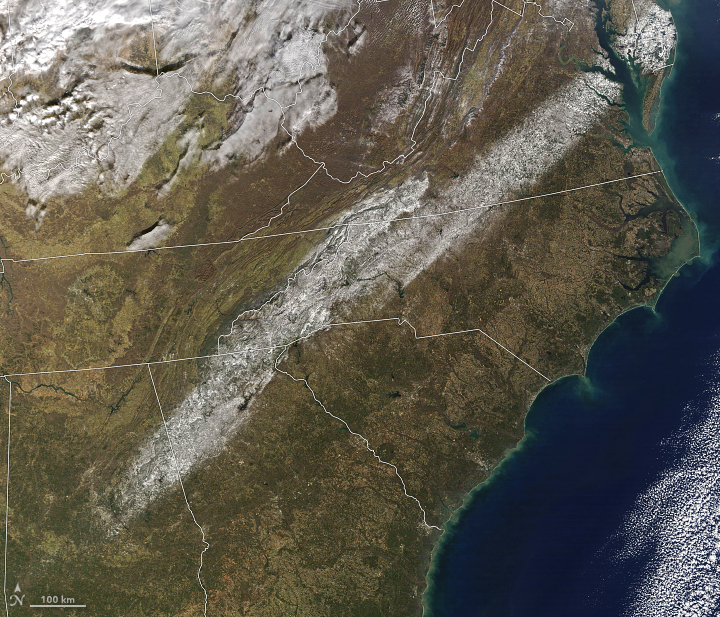 In December 2017, an unusual storm dropped a heavy band of snow across the eastern United States that stretched from Alabama to Delaware. The Moderate Resolution Imaging Spectroradiometer (MODIS) on NASA’s Terra satellite captured this image of the snow on December 11, 2017.

While snowfall totals varied significantly from one location to another, there were reports of well over six inches of snow falling in parts of Texas, Louisiana, Mississippi, Alabama, Georgia, South Carolina, North Carolina, Tennessee, Virginia, Maryland, and Delaware.