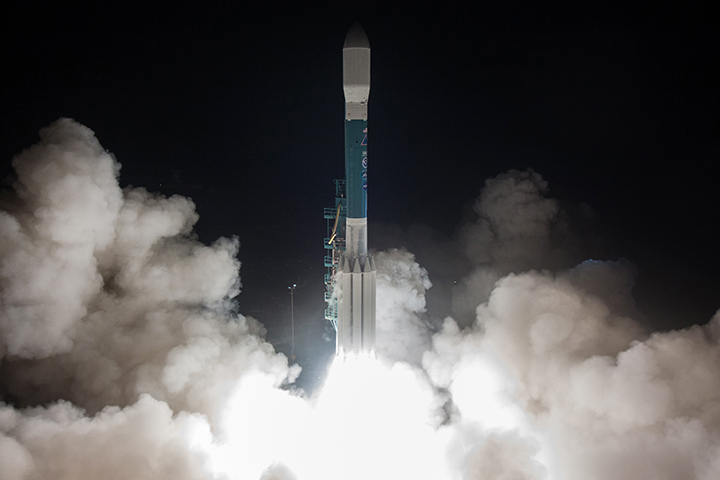 Meteorologists and remote sensing scientists have new eyes in the sky this week. The Joint Polar Satellite System-1 (JPSS-1) lifted off on a United Launch Alliance Delta II rocket at 1:47 a.m. Pacific Time on November 18, 2017, from Vandenberg Air Force Base, California.

One of the sensors on JPSS-1 is the Clouds and the Earth’s Radiant Energy System Flight Model 6 (CERES FM6), a NASA instrument that measures the solar energy reflected by Earth, the heat the planet emits, and the role of clouds in that process. CERES FM6 will contribute to an already extensive CERES data set that helps scientists calculate the effect of clouds on planetary heating and cooling. The same data also can help improve seasonal forecasts influenced by weather events such as El Niño and La Niña.

Approximately 63 minutes after launch, the solar arrays on JPSS-1 were deployed and the spacecraft began operating on its own power. JPSS-1 will be renamed NOAA-20 when it reaches its final orbit. Following a three-month checkout period and the validation of its five instruments, the satellite will become operational.

The JPSS program is a partnership between NOAA and NASA. NOAA funds and manages the program, as well as its operations and data products. NASA develops and builds the instruments, spacecraft, and ground system, and also launches the satellites.

Photo by United Launch Alliance. Story by Adam Voiland, based on information from NASA press releases.