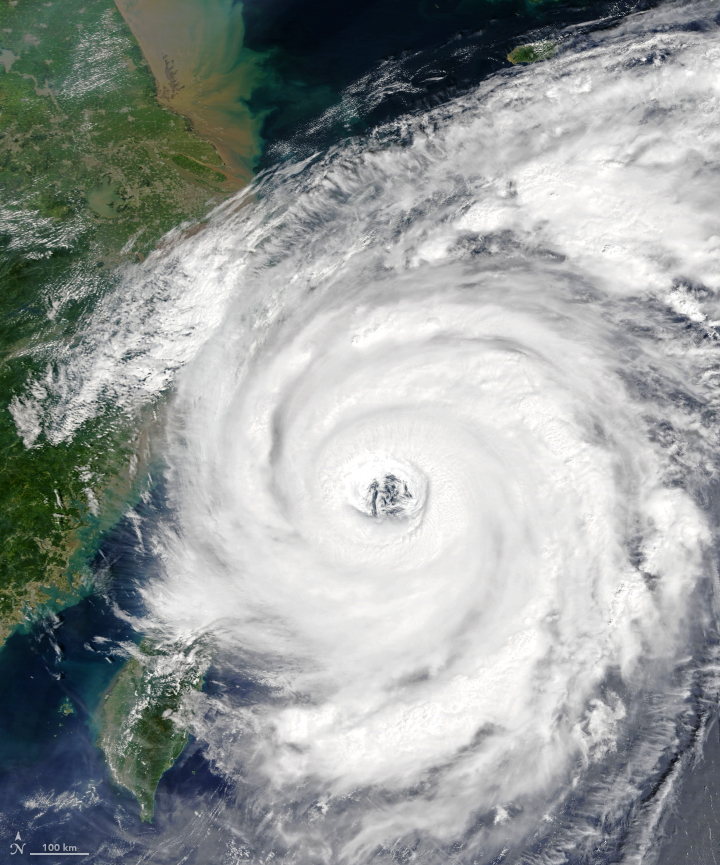 At that time, Typhoon Talim had maximum sustained winds of 115 knots (130 miles or 210 kilometers per hour)—equivalent to a category 4 hurricane—as it moved north along the coast of China. Forecasters expected the storm to curve to the northeast and weaken a bit before making landfall late on September 16 on the island of Kyushu, Japan.

The high activity in the Northwest Pacific is driven in part by the fact that it tends to have large areas of warm water in comparison to other ocean basins. Warm ocean water, along with low wind shear, are two key ingredients that fuel and sustain hurricanes.

More tropical cyclones emerge from the Northwest Pacific Basin each year than any other basin in the world. 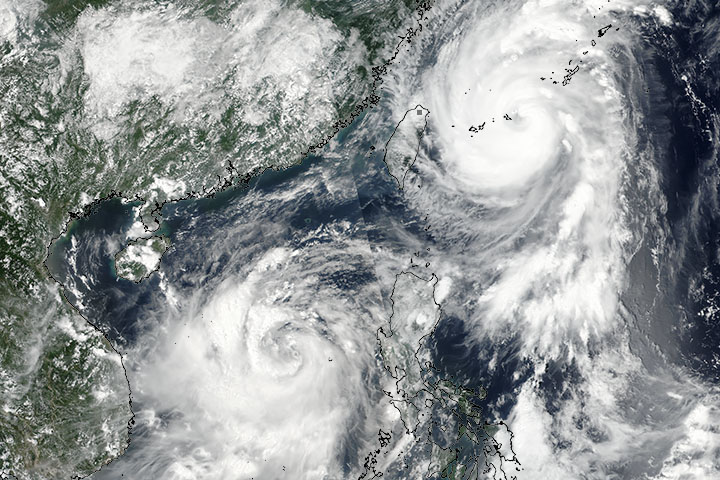 As the typhoon churned the East China Sea and pounded Okinawa with flooding rains, the larger Japanese islands braced for landfall.

The potent category 3 typhoon headed for southern Japan in the early afternoon of July 8.