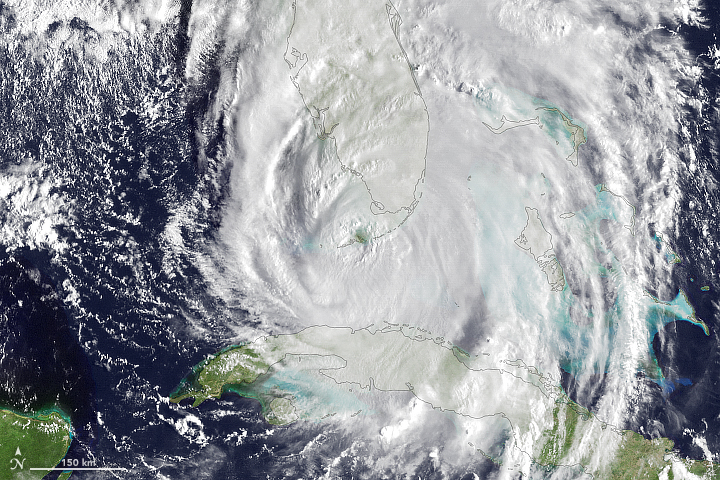 After battering Cuba and several Caribbean islands for most of a week as it crept slowly northwestward, Hurricane Irma turned north into Florida on September 10, 2017. Heavy rain and hurricane-force winds battered both the east and west coasts of southern Florida, even though the eye of the monstrous storm made landfall in the southwestern part of the state. Seas were rising with storm surges as far north as Charleston, South Carolina.

Hurricane Irma made its first U.S. landfall on Cudjoe Key, Florida, about 30 miles east of Key West, around 9 a.m. on September 10. The storm was rated as a category 4, with sustained winds of 130 miles per hour at the time. It made its second landfall at Marco Island around 3:30 p.m. with similarly potent winds.

At 5 p.m. Eastern Daylight Time, the National Hurricane Center reported that Irma was over Naples, Florida, bringing sustained winds of 110 miles (180 kilometer) per hour, with gusts to 140 miles per hour. Hurricane-force winds extended 80 miles (130 kilometers) from the center of the storm; tropical storm winds stretched at least 220 miles (350 kilometers), wider than the state from west to east. The storm was moving north at 14 miles (22 kilometers) per hour. It was expected to hug the west coast of Florida through Monday morning.

Geostationary Operational Environmental Satellite 13 (GOES-13) acquired data for the composite image above at 8:15 a.m. on September 10 as the storm was passing over the Florida Keys. Infrared data (band 4) is overlaid on a MODIS blue marble. The satellite is operated by the National Oceanic and Atmospheric Administration (NOAA), while NASA helps develop and launch the GOES series of satellites. 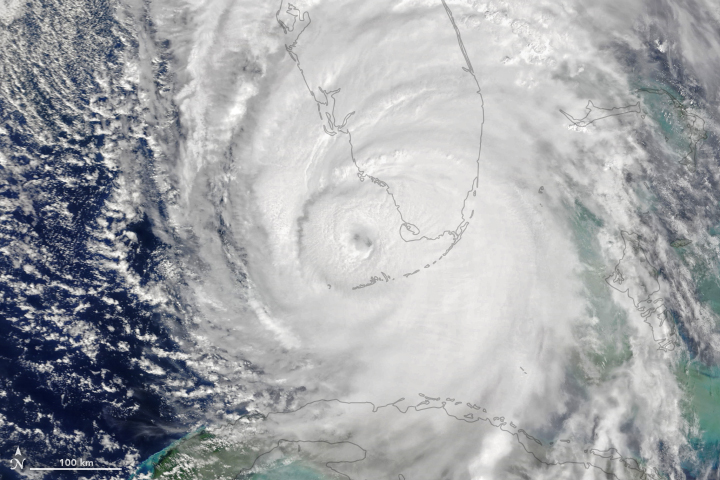 Though much popular interest focuses on the winds and rain of a hurricane, storm surges are often the most deadly part of such an event. National Weather Service (NWS) forecasters warned of dangerous storm surges from the Florida Keys to Tampa Bay. Forecasters predicted waters as high as 10 feet (3 meters) above normal in places. The western shore is known for its relatively shallow coastal waters, and many neighborhoods are carved into lagoons and canals near the shore. “This is a life-threatening situation,” NWS declared.

Irma has been churning at hurricane force since August 31, and it has been a major hurricane—category 3 or above—for nearly all of that time. 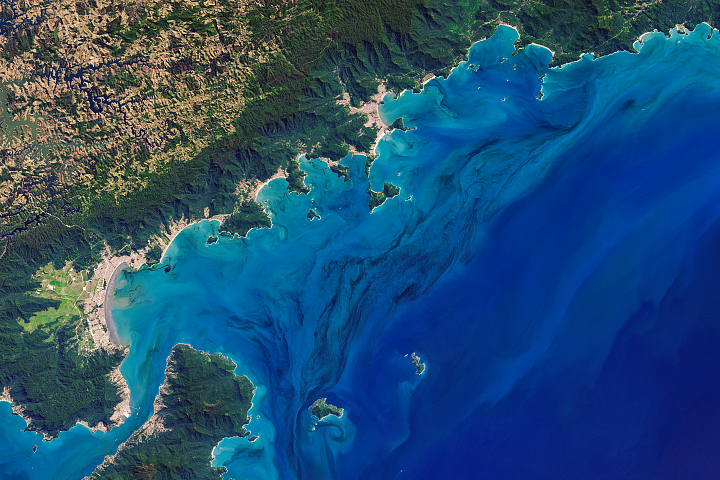