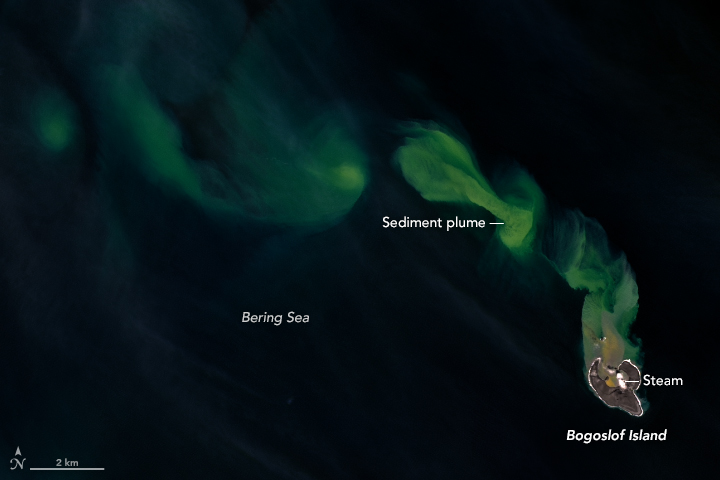 Since Bogoslof Volcano sprang back to life with a series of explosions starting in December 2016, scientists have been keeping watch from afar via satellite and seismologic data. The Alaskan volcano may be remote—halfway down the Aleutian Island chain—but it still poses a hazard to aircraft.

The aviation color code was briefly elevated to red on May 28, 2017; the code means a “major volcanic eruption is imminent, underway, or suspected, with hazardous activity both on the ground and in the air,” according to the Alaska Volcano Observatory (AVO). Ash reached an altitude of at least 35,000 feet (10.7 kilometers) and possibly much higher. Watch an animation of the eruption, composed from images acquired by the Multi-angle Imaging SpectroRadiometer (MISR) on NASA’s Terra satellite.

Later that day, the aviation code was reduced to orange and has since stayed there, even though there were two more explosive events on June 1 and June 5. Both events were much shorter in duration, and ash plumes did not reach as high as the May 28 event.

The Operational Land Imager (OLI) on Landsat 8 captured this natural-color image of Bogoslof at 2 p.m. local time (22:00 Universal Time) on June 5, 2017. At the time, a small puff of steam was rising from the volcano. A sediment plume extended to the northwest, imparting a striking green-blue hue to the Bering Sea.

The AVO released a similar image including thermal infrared data. In addition to waterborne ash and airborne steam, thermal data show an area of warm water just north of the island, as well as the hot vent that gave rise to the steam.

A sediment plume from the volcano extends into the Bering Sea, imparting a striking green-blue hue to the water. 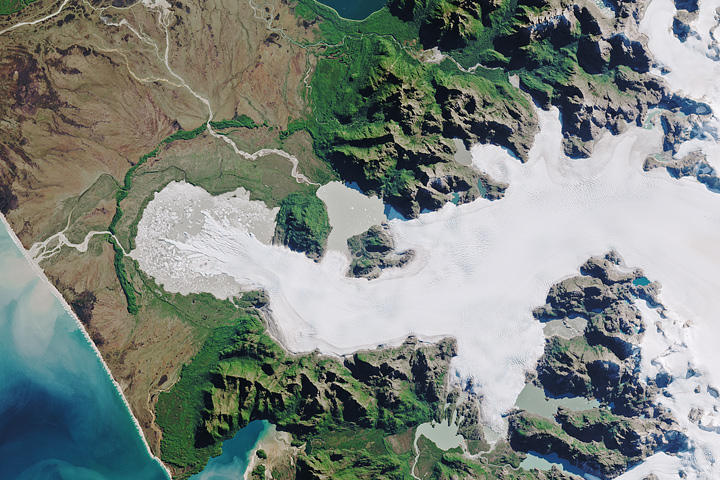 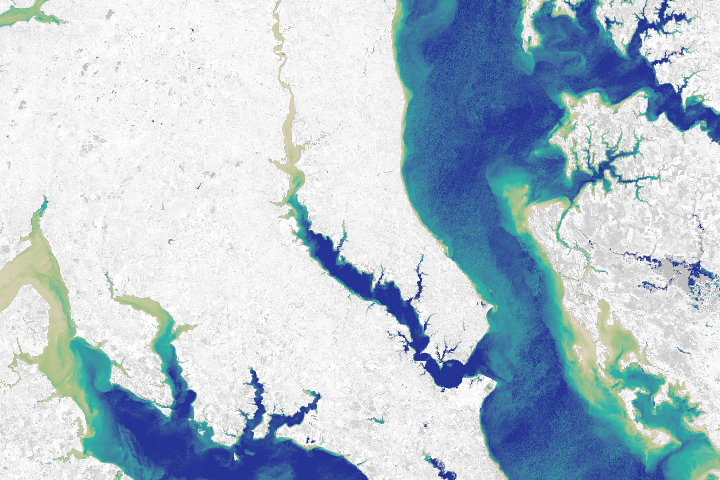 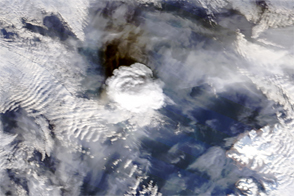 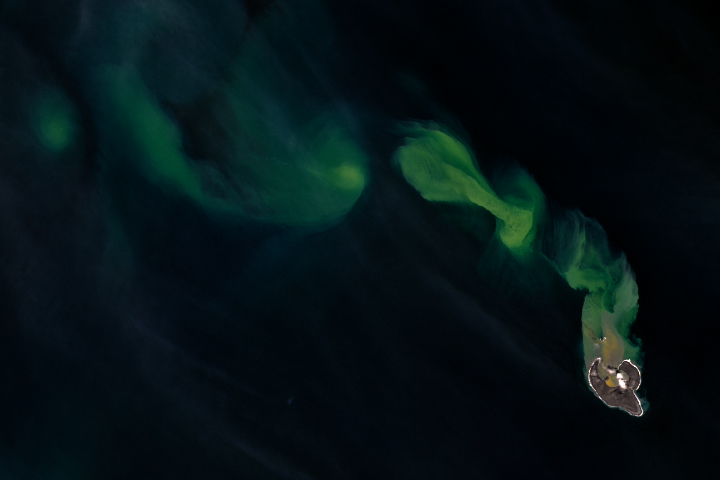 Calbuco Ash on the Move

Resuspended ash from Chile's Calbuco Volcano has spread out over Argentina.