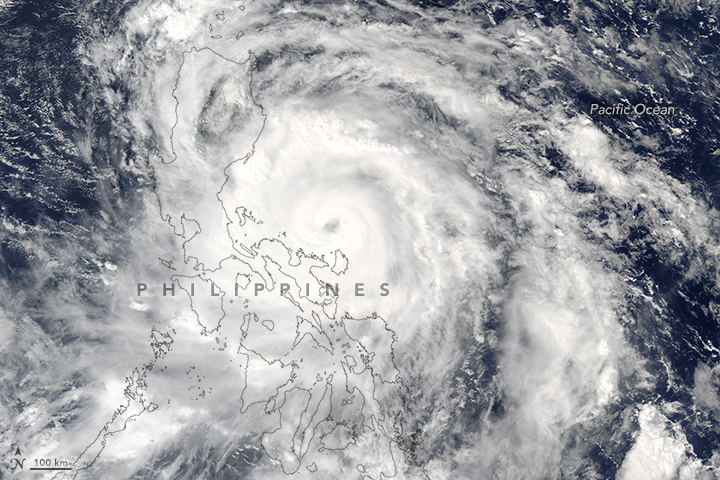 Typhoon Sarika was expected to make landfall again, reaching the Chinese island of Hainan and then northern Vietnam. According to news reports, flooding from heavy rains in Vietnam preceding the arrival of Sarika has killed dozens of people.

Meanwhile, people in the Philippines braced for a second powerful storm to hit within the span of one week. Forecasts called for Typhoon Haima to make landfall in northern Luzon on October 19 (local time).