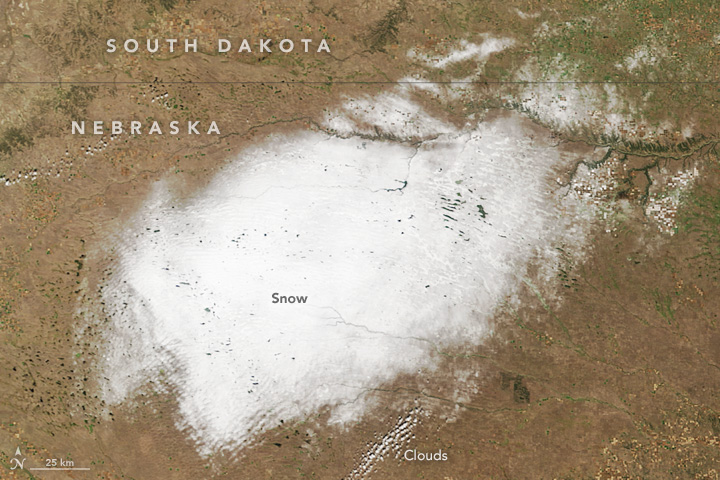 Parts of Nebraska were dusted with snow on October 6, 2016. This natural-color image, acquired by the Moderate Resolution Imaging Spectroradiometer (MODIS) on NASA’s Terra satellite, shows a white blanket covering about 40 square miles (more than 100 square kilometers).

Photos taken by highway cameras showed snow falling along parts of U.S. Route 83 on the afternoon of October 6.

Parts of northwestern Nebraska were dusted on October 6, 2016.