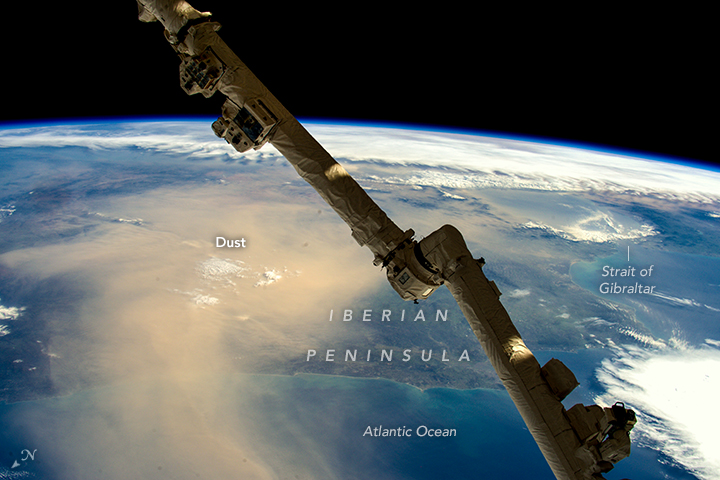 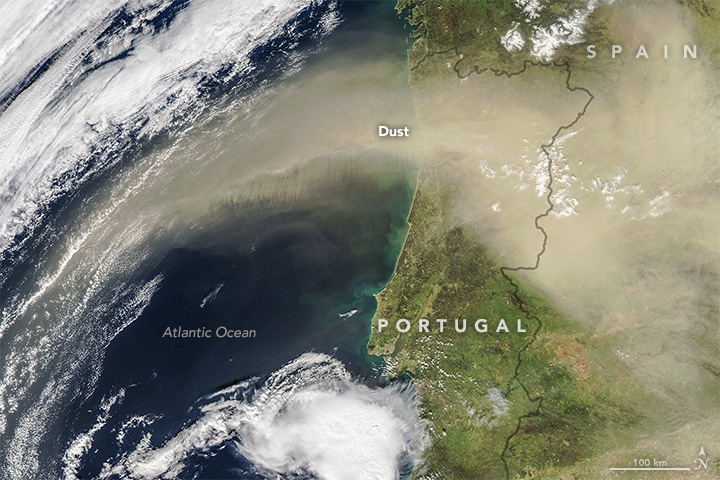 The skies over Portugal and Spain took on an unusually yellow hue this week. The culprit was a vast plume of sand and dust blown northward from the Sahara desert by the calima, a warm southeasterly wind common in North Africa in winter. The calima often carries dust toward the Canary Islands, but an atmospheric low-pressure system pulled the winds north on February 21, 2016.

At 2 p.m. local time (14:00 UTC) on February 21, the Moderate Resolution Imaging Spectroradiometer (MODIS) on NASA’s Aqua satellite acquired a natural-color image (lower) of dust sweeping over the Iberian peninsula. Other satellite sensors, including the Ozone Monitoring Instrument on Aura and the Ozone Monitoring Profile Suite on Suomi NPP, detected the plume as well. British astronaut Tim Peake noticed the dust from the International Space Station; he shared his view of the dust (upper photograph) via Twitter on the same day.

The dust was transported north by an area of low pressure aloft and a weak low-pressure system near the surface, according to a Weather Channel meteorologist. The transport of Saharan dust to the Iberian peninsula is fairly common, and research teams have analyzed similar dust plumes on several occasions. Researchers have shown, for instance, that most Saharan dust that arrives over the Iberian peninsula tends to be at an altitude of about 2.5 to 4.5 kilometers (1.6 to 2.8 miles).

Africa is the world’s largest source of dust in the atmosphere, contributing about 70 percent of the total. Airborne mineral dust from the world’s deserts delivers nutrients to the land and ocean, and affects the atmosphere and climate.

Winds lofted dust from the Sahara desert and sent it drifting over the Iberian peninsula. 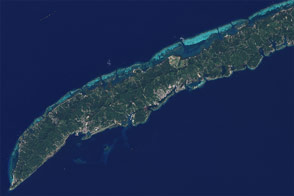 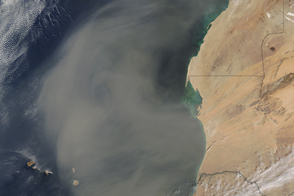