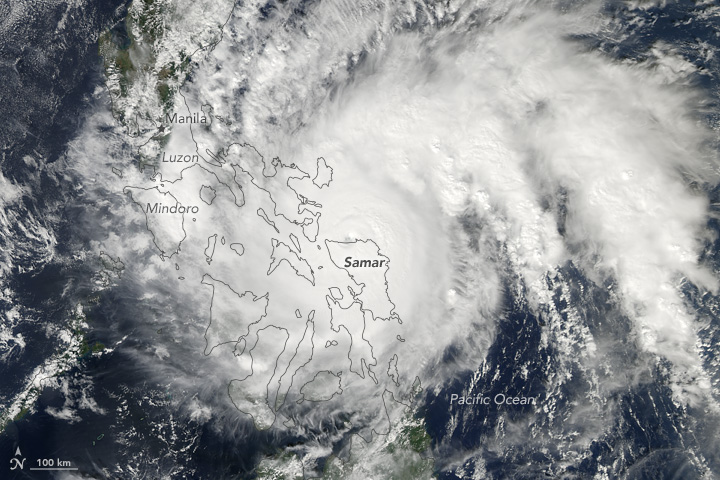 At 1:20 p.m. local time (05"20 Universal Time) on December 14, 2015, the Moderate Resolution Imaging Spectroradiometer (MODIS) on NASA’s Aqua satellite captured this view of Typhoon Melor over the eastern Philippines. (Locally, the storm is known as Typhoon Nona.)

Melor first made landfall over Northern Samar a few hours before this image was acquired. The typhoon continued westward with maximum sustained winds of 150 kilometers (90 miles) per hour. More than 720,000 people were evacuated in advance of the storm. 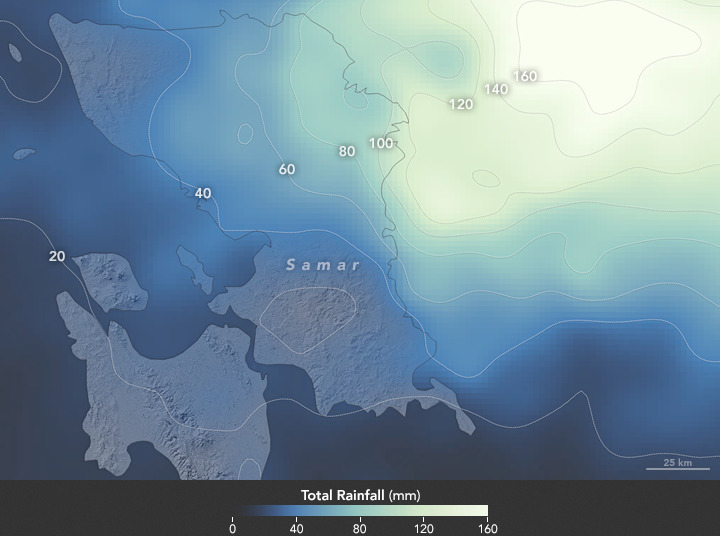 In addition to damaging winds, Melor was expected to bring heavy rains and flooding to some areas. The second image shows a satellite-based estimate of rainfall in the span of one day, starting at 10:30 a.m. local time (02"30 UTC) on December 13. The rainfall data come from the Integrated Multi-Satellite Retrievals for GPM (IMERG), a product of the Global Precipitation Measurement mission. The brightest shades represent rainfall totals approaching 160 millimeters (6.3 inches) during the 24-hour period.

Hundreds of thousands were evacuated as Typhoon Melor slammed the Philippines with high winds and rain.

Acquired October 16, 2009, this true-color image shows Typhoon Lupit spanning several hundred kilometers as it hovers over the Pacific Ocean east of the Philippines.