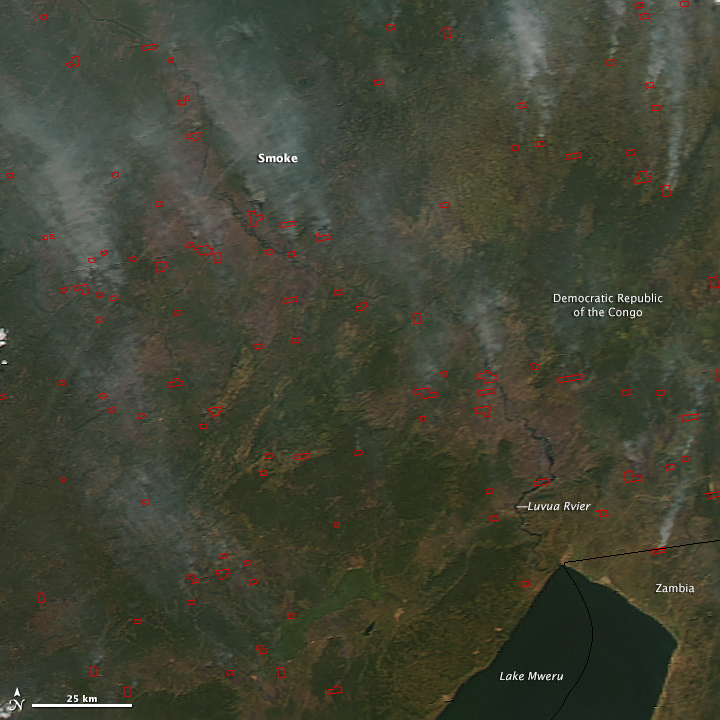 The Moderate Resolution Imaging Spectroradiometer (MODIS) on NASA’s Aqua satellite acquired this image of dozens of fires burning in the Democratic Republic of the Congo near Lake Mweru on June 10, 2015.

The widespread nature of the fires, their location (generally located away from forests, which appear deeper green), and the time of year suggest that these fires were set intentionally for agricultural purposes. Though not immediately hazardous, such large-scale burning can have a strong impact on weather, climate, human health, and natural resources.

For a broader view of many more fires burning in central Africa, view the large image.