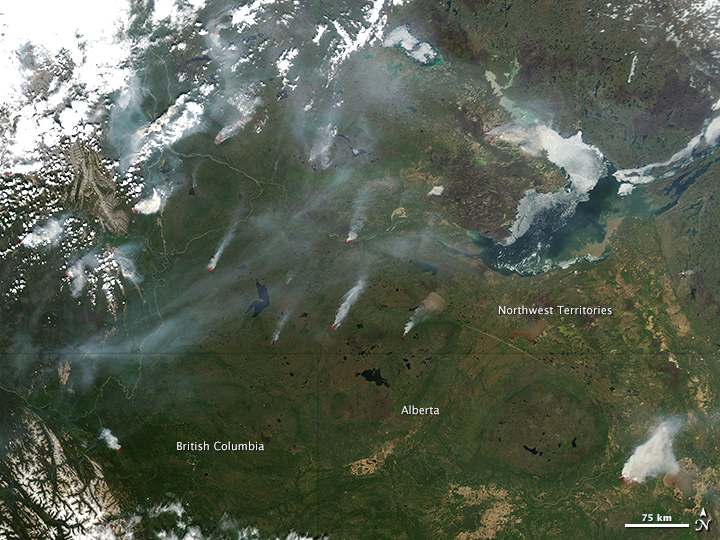 MODIS detected fires in this area on May 28, 2015; by the time the natural-color image above was acquired, those had significantly intensified. Heavy smoke from the growing blazes merged with lingering smoke from previous days, making air quality a major concern. The large plume of smoke in the lower right came from a fire in Wood Buffalo National Park.

“Fires this early are very unusual,” said Mike Flannigan of the University of Alberta. He noted that the Northwest Territories and northern Alberta usually see the most active part of the fire season in July, and British Columbia’s fire season typically runs from the end of July through August. According to the National Wildland Fire Situation Report issued on May 27 by Natural Resources Canada, the seasonal fire occurrence and the area burned across Canada so far are both above the ten-year average.

Scientists think the high intensity of fires on May 30 led to as many as five pyrocumulonimbus events—thunderstorms generated by the heat from fire rather than by the sun-warmed ground.

Farther south in Alberta (not pictured), fires displaced thousands of residents and led some energy companies to suspend oil operations. According to CBC News, fires and maintenance operations dropped Canada’s crude oil production in May to its lowest level in two years. 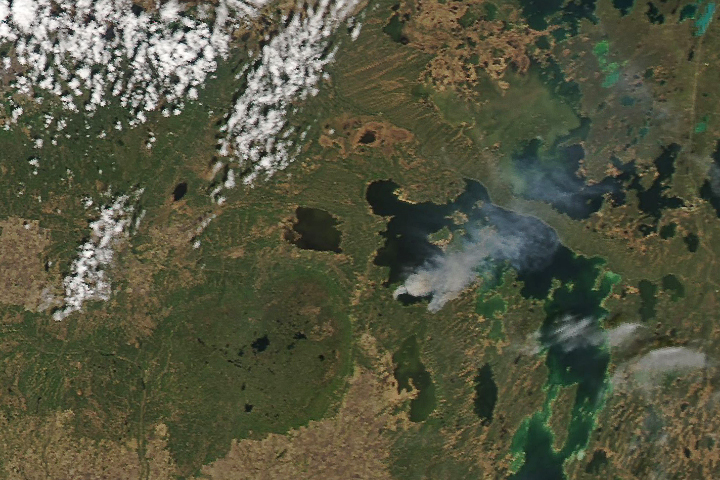 A series of fires spread through parts of the Canadian province, including these blazes near Lake Winnipegosis.