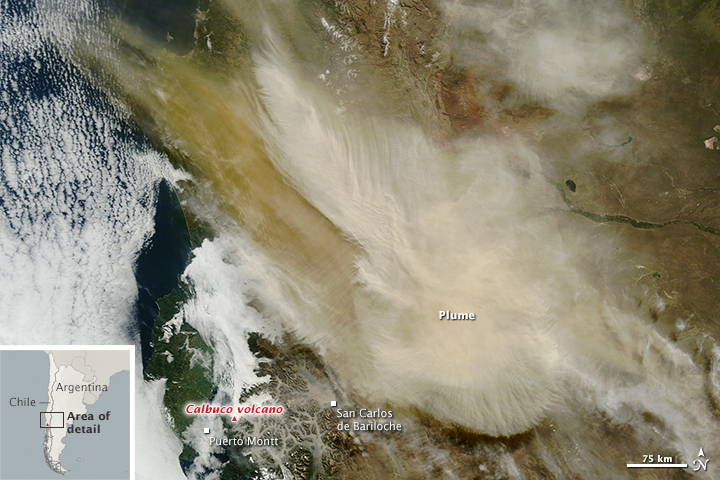 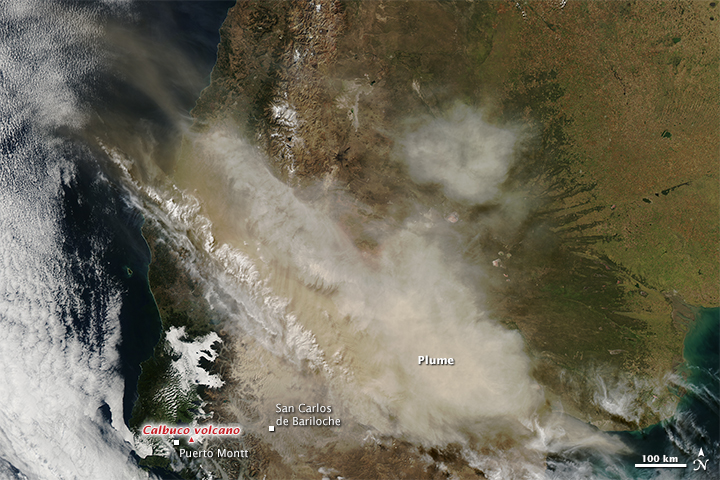 On April 22, 2015, Calbuco volcano in southern Chile began erupting for the first time since 1972. An ash cloud rose at least 15 kilometers (50,000 feet) above the volcano, menacing the nearby communities of Puerto Montt (Chile) and San Carlos de Bariloche (Argentina). The eruption led the Chilean Emergency Management Agency and the Chilean Geology and Mining Service (SERNAGEOMIN) to order evacuations within a 20-kilometer (12 mile) radius around the volcano. About 1,500 to 2,000 people were evacuated; no casualties have been reported so far.

The volcanic mountain was quiet until tremors began late in the afternoon on April 22. An explosive pyroclastic eruption started at 6:04 p.m. local time (2104 Universal Time) and vigorously spewed ash and pumice for at least 90 minutes. Lava flows were observed from the main vent. A second high-energy pulse of ash occurred around 1 a.m. on April 23, according to SERNAGEOMIN.

Satellite instruments also acquired unusual nighttime views of the eruption (below) in the early morning hours of April 23. The joint NOAA/NASA Suomi NPP satellite observed atmospheric waves above Calbuco and its plume. The first image from the Visible Infrared Imaging Radiometer Suite (VIIRS) on Suomi NPP shows the heat signature of the hot ash in longwave infrared (11.45 micrometer channel). 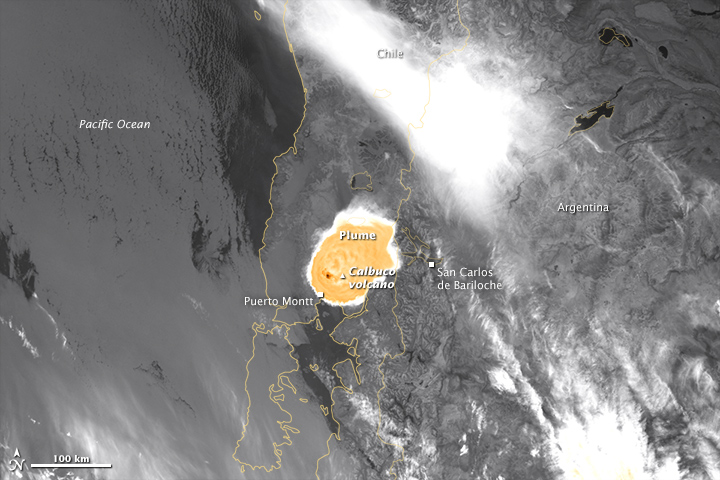 The second image shows the same area as observed by the VIIRS day-night band (DNB), which detects faint light signals such as city lights, moonlight, and auroras. In this case, the DNB detected faint concentric ripples in the mesosphere; they are made visible by airglow—faint light emitted at night when atmospheric gases release energy that they absorbed from sunlight during the day—which the DNB can detect. These ripples are atmospheric gravity waves caused by the pressure and energy from the eruption.

Click here to see a time-lapse video of the initial eruption from the ground. 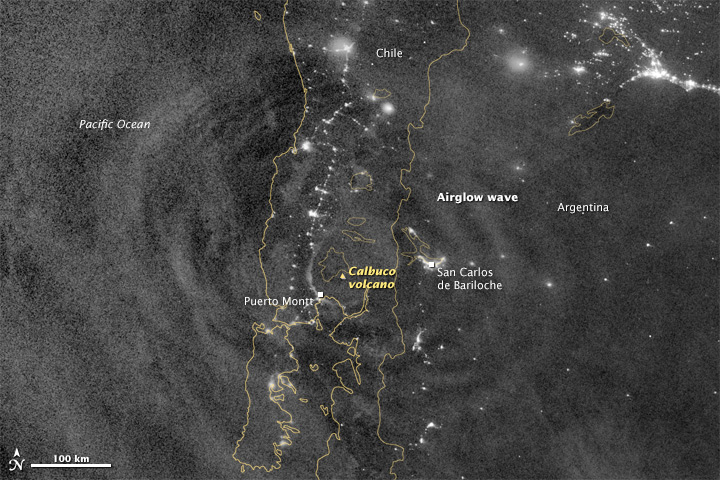 The first and second images are by Joshua Stevens, NASA Earth Observatory, and Jeff Schmaltz, LANCE/EOSDIS Rapid Response at NASA Goddard. The third and fourth images are by Jesse Allen, NASA Earth Observatory, using VIIRS data from the Suomi National Polar-orbiting Partnership. Caption by Mike Carlowicz. Special thanks to William Straka of the University of Wisconsin’s Cooperative Institute for Meteorological Satellite Studies (CIMSS). 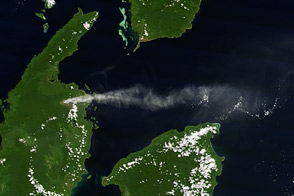 Dukono is 1 of 78 of Indonesia’s historically active volcanoes.

The volcano is southern Chile was still emitting ash on April 24, 2015.