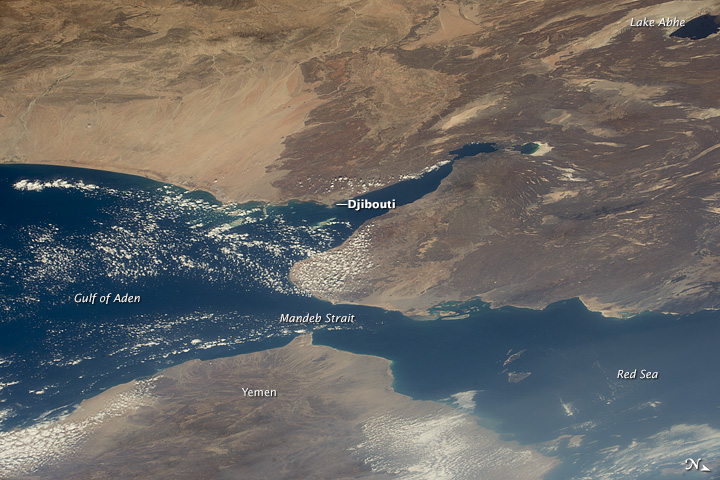 Astronauts flying on the International Space Station took this photograph of the south end of the Red Sea and the Gulf of Aden. Here the coastlines of Africa (upper part of the image) and Arabia (lower part) are less than 30 kilometers (20 miles) apart at the Mandeb Strait. (Note that north is to the lower right in this image.)

Most of the small country of Djibouti, with a landscape dominated by dark volcanic rocks, appears in this view. Its long axis stretches roughly 220 kilometers (140 miles) from the Gulf of Aden coast to Lake Abhe. Djibouti is strategically positioned on one of the world’s busiest shipping lanes, with access to the Red Sea (and the Mediterranean beyond) and the Indian Ocean. For this reason, Djibouti was occupied by France during the colonial era, while the opposite coast of Yemen was occupied by the British.

Astronaut photograph ISS042-E-280970 was acquired on February 17, 2015, with a Nikon D4 digital camera using a 116 millimeter lens, and is provided by the ISS Crew Earth Observations Facility and the Earth Science and Remote Sensing Unit, Johnson Space Center. The image was taken by a member of the Expedition 42 crew. The image has been cropped and enhanced to improve contrast, and lens artifacts have been removed. The International Space Station Program supports the laboratory as part of the ISS National Lab to help astronauts take pictures of Earth that will be of the greatest value to scientists and the public, and to make those images freely available on the Internet. Additional images taken by astronauts and cosmonauts can be viewed at the NASA/JSC Gateway to Astronaut Photography of Earth. Caption by M. Justin Wilkinson, Texas State University, Jacobs Contract, at NASA-JSC. 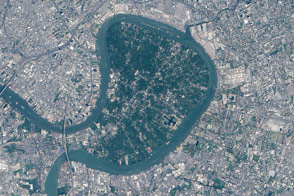 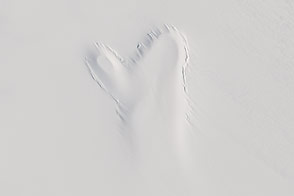 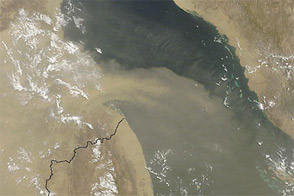 Dust Plumes over the Red Sea