Reef in the Southern Gulf of Mexico 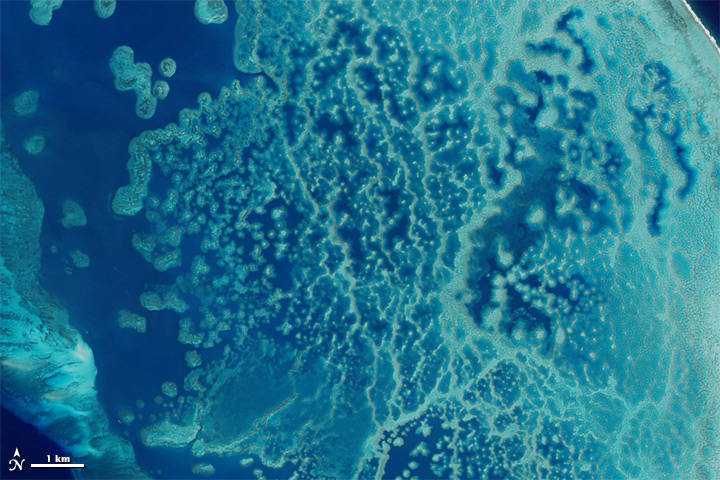 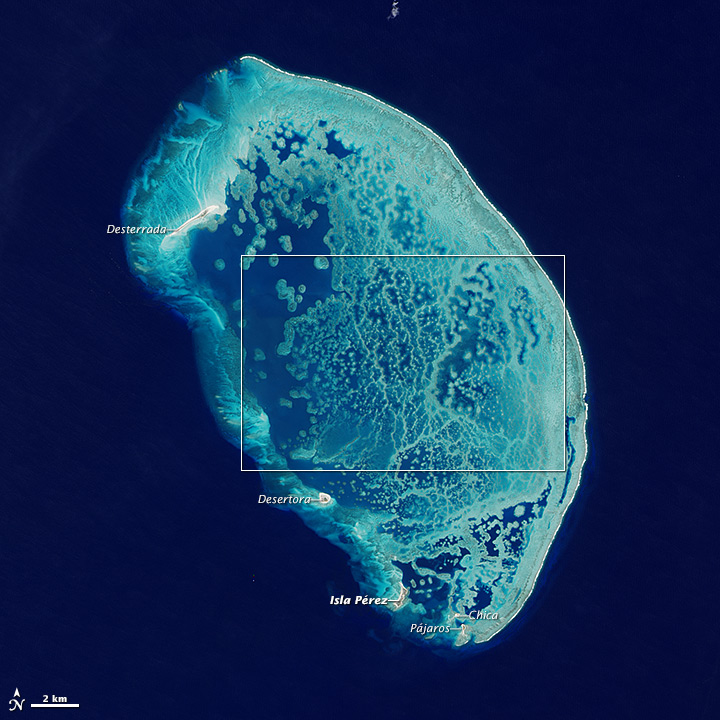 About 100 kilometers (60 miles) north of Progresso, Mexico, five small islands stand amidst the largest coral structure in the southern Gulf of Mexico. These images of Arrecife Alacranes—Spanish for "Scorpion Reef,"—were acquired on November 5, 2014, by the Operational Land Imager (OLI) on Landsat 8. The top image shows the central part of the reef, while the bottom image shows the rest of the formation.

For thousands of years, various species of coral have grown together to build the extensive reef. In addition to corals, the reef is composed of remains from algae, foraminifera, and molluscs. The area was designated a national park of Mexico in 1994 and a UNESCO biosphere reserve in 2006.

Arrecife Alacranes, Spanish for "Scorpion Reef," is the largest reef in the southern Gulf of Mexico. 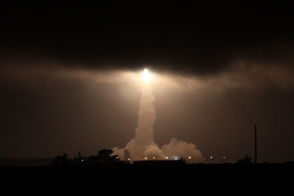