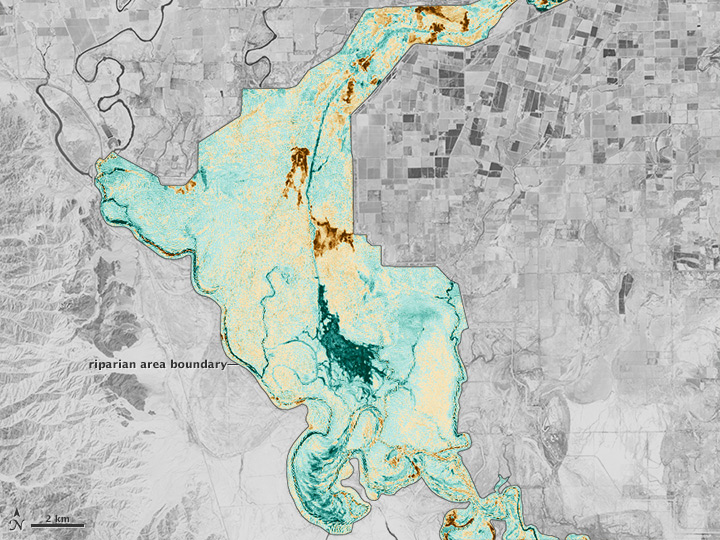 A pulse of water released on the lower Colorado River in March 2014 resulted in a significant increase in green vegetation around the river banks downstream. The release of water—an experimental flow implemented under a U.S.-Mexico agreement called “Minute 319”—reversed a 12–year decline in greenness along the Colorado River Delta.

The last time the Colorado River reached the Sea of Cortez (between Mexico's mainland and Baja California) was 2000. Since then, information from ground measurements and satellites have shown a decline in the amount of healthy vegetation along the lower reaches of the river.

The spring 2014 “pulse flow” brought back some of the green, as shown in the images on this page. The map above, built with data from the Operational Land Imager on Landsat 8, shows changes in the Normalized Difference Vegetation Index, or NDVI, along part of the lower Colorado River in Mexico. Green depicts areas where vegetation was healthier and greener in August 2014—after the pulse flow—than in August 2013. Brown shows areas with less or less healthy vegetation.

“The vegetation that desperately needed water was finally able to support more green leaves,” said Pamela Nagler, a scientist at the U.S. Geological Survey (USGS) and a leader of the study. “These are existing trees—like saltcedar, willow, and cottonwood—and a lot of shrubs and grasses that hadn't seen much water in a long time.” Below you can see the year-over-year landscape change in images from Landsat 8; note how the difference is much more subtle to the eye in natural color than the NDVI analysis. 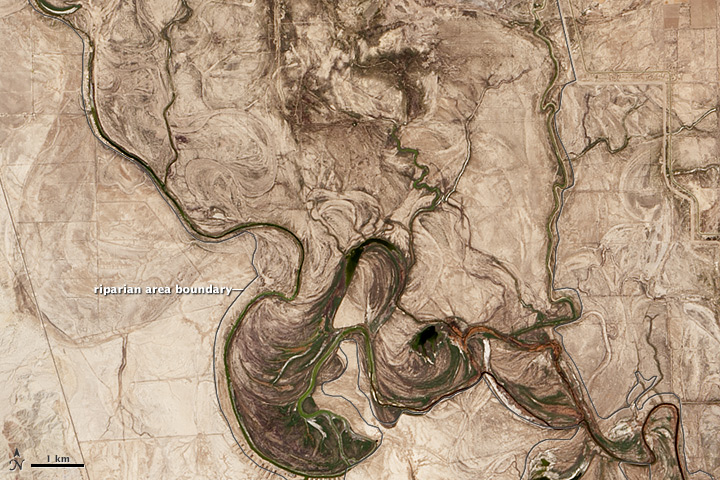 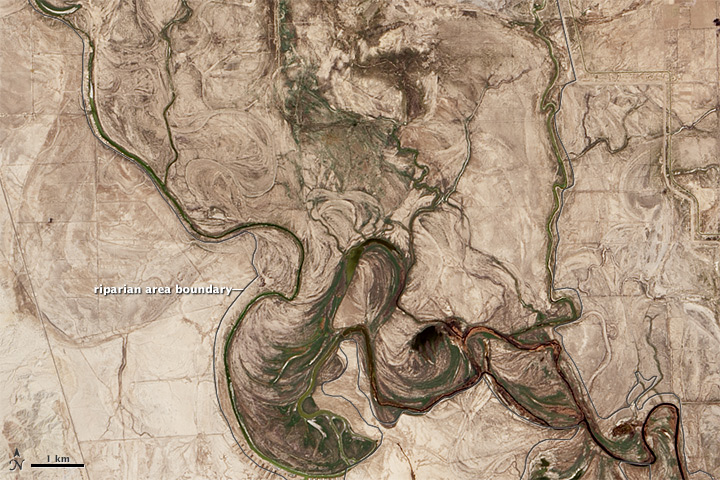 Although most of the water soaked into the ground in the first 60 kilometers (37 miles) below the dam, the river’s surface flow reached areas farther downstream that had been targeted for restoration. Groundwater revived vegetation along the entire route to the sea.

The Minute 319 pulse was part of an agreement adopted by the International Boundary and Water Commission under the framework of a 1944 U.S.–Mexico treaty that governs water allocations on the Colorado River. The 2012 agreement prescribed 130 million cubic meters (105,000 acre feet) of water to flow through Morelos Dam, which straddles the border.

“Remote sensing with satellites such as Landsat and sensors such as MODIS allows scientists to conduct a range of studies they wouldn’t otherwise be able to,” said Karl Flessa, part of the Minute 319 Science Team and a geosciences professor at the University of Arizona. It's just one of the tools scientists are using, along with on-the-ground monitoring, to detect changes in the river channel, surface water, groundwater, plant growth, and habitat for resident marsh birds and migratory birds.

Using greenness data collected both from the ground and from satellites, researchers will investigate the long-term impacts to groundwater, and they'll continue to study whether new trees and shrubs take root due to the flow. They will also study how the new vegetation affects birds migrating along the Pacific Flyway.

“There's hope that we could release a pulse of water below Morelos Dam again,” Flessa said. 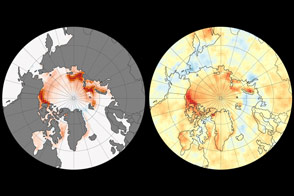