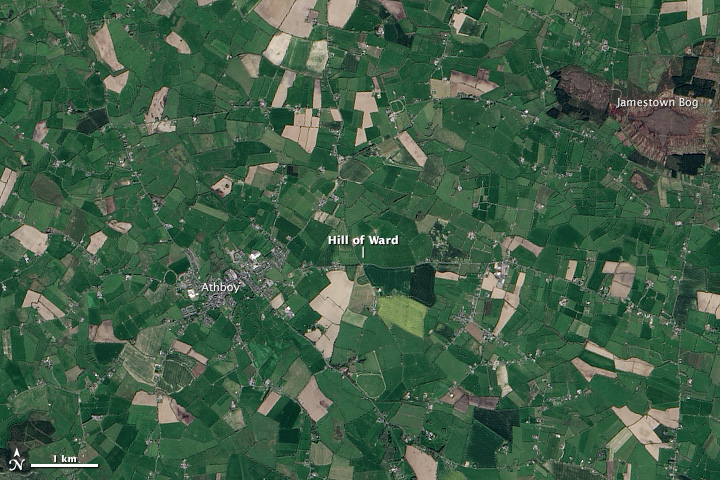 The last day of October—Halloween—is a popular holiday in North America and some parts of Europe. In Ireland, people celebrate with bonfires and fireworks. In the United States, children put on costumes and head out for a night of begging candy from neighbors. In Mexico, the day inspires introspection about the deceased.

Where did the idea for Halloween come from and when did people start celebrating it? A festival with a long history, Halloween has gone through several transformations, absorbing traditions and excluding others depending on the social norms and popular fads of the time. Modern Halloween is largely a mashup of ideas and rituals associated with an ancient Celtic New Year’s festival, the Catholic-inspired All Saint’s Day and All Souls’ Day, and the Protestant Guy Fawkes Day.

Most historians trace the earliest origins of Halloween to Samhain, a Celtic harvest festival. The multi-day celebration marked the beginning of winter during pre-Christian times in what is now Ireland, Scotland, Wales, England, the Isle of Man, and northern France. The fall harvest and annual slaughter of livestock made Samhain a time of feasting and heavy drinking, but historians also describe Samhain as a sacred and somewhat ominous time. Doorways to a supernatural world of ghosts and spirits were said to open during Samhain, and the Celts believed the deceased could interact with and even harass the living.

One important tradition associated with Samhain was the bonfire. Before the eve of Samhain, Celtic priests would construct a large fire on a hill in central Ireland that was thought to have an especially close connection to the supernatural realm. The Hill of Ward, or Tlachtga, is located just west of Athboy, Ireland. The Operational Land Imager (OLI) on Landsat 8 acquired this image of the landscape surrounding the Hill of Ward on April 18, 2014. As part of the fire festival, Celtic priests would distribute embers from the bonfire to households throughout the realm. Thousands of ceremonial bonfires would light up the night on Samhain, and people would dance around the fires to ward off evil spirits and encourage the Sun not to vanish for the winter.

By the seventh century, Catholicism had arrived in the British Isles. Rather than banning pagan festivals, the church established Christian alternatives. In the eighth century, November 1 was set as All Saints Day. Later, November 2 became All Souls Day. Both were established as days to honor and pray for the deceased and to attend special Masses. As the population converted, these holidays absorbed some of the old traditions and sentiment that originated with Samhain. In fact, All Saint’s Day, which used to be called All Hallows Day, gave Halloween (All Hallows Eve) its modern name.

The Protestant Reformation brought another evolution to the celebration. As Protestant reformers came to power, they banned All Saint’s Day and All Souls’ Day. But many traditions lived on and continued to evolve because of the establishment of Guy Fawkes Day, an early November holiday that saluted the capture of an anti-protestant revolutionary. Guy Fawkes Day was celebrated with bonfires, feasts, turnip-carving, begging pennies from neighbors, and other mischief-making that have had an important influence on modern celebrations of Halloween.

The earliest roots of the autumn holiday may have sprouted on Ireland’s Hill of Ward.

Plumes of smoke from several large fires streak across Northern Ireland in this image from May 2, 2011.

Southwestern Ireland as seen from the International Space Station

This broad view from the International Space Station shows the relationship between valleys, mountains, and the major towns. Near Killarney are ancient oak and yew forests.