Forests of the Mississippi Alluvial Plain 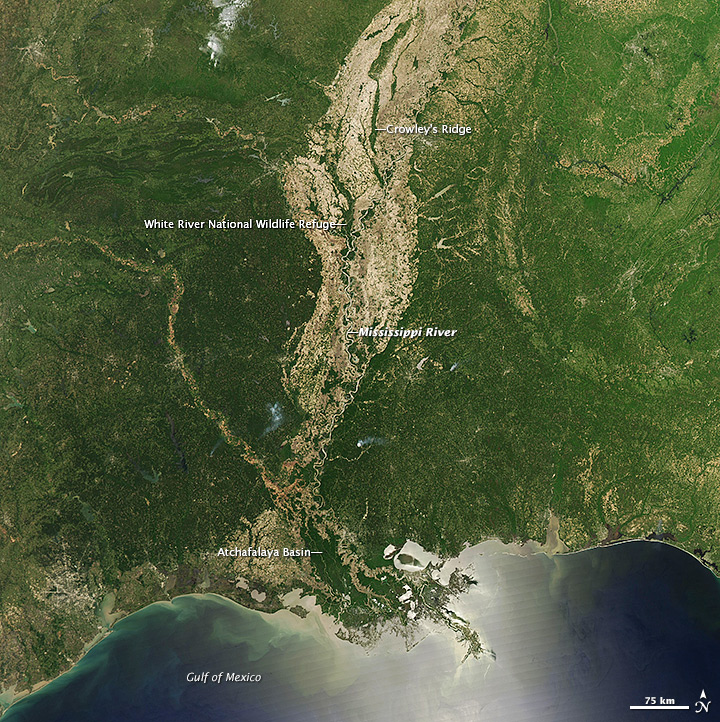 The expansive Mississippi Alluvial Plain spreads from the confluence of the Mississippi and Ohio Rivers in southern Illinois to the Gulf of Mexico. Developed over tens of thousands of years by the river’s meanders, the plain once contained the largest forested wetland ecosystem in North America. However, the fertile soils deposited by the Mississippi have proven so attractive to farmers that its forests have undergone a dramatic transformation over the last three hundred years.

Early waves of European settlers focused on clearing higher land near braided stream terraces and natural levees. But over time, artificial dams and levees were built to tame seasonal floods, causing wetlands and floodplains to shrink and opening up new areas that could be drained and farmed.

By 1950, only about 9 million acres (4 million hectares) remained of what had been 22 million acres of forest. Over the next few decades, conversion to agriculture continued at a rapid pace. Today, approximately 20 percent of the Mississippi Alluvial Plain’s original forests remain, having been replaced by fields of soybeans, corn, cotton, and rice.

The Moderate Resolution Imaging Spectroradiometer (MODIS) on NASA’s Aqua satellite acquired this image of the plain on May 4, 2014. With warmer weather greening the forests throughout the region, the tan farmland within the alluvial plain stands out.

Only a few large patches of forest remain. In the northern Arkansas, hardwood forests still dominate the landscape on Crowley’s Ridge. In southern Arkansas, bottomland forests grow in wildlife preserves along the White River. And in Louisiana, bald cypress forests thrive in the swampy wetlands of the Atchafalaya Basin.

Though it was once the largest forested wetland in North America, only a few forests remain. The rest have been converted into farmland. 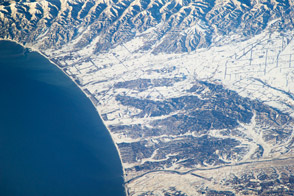