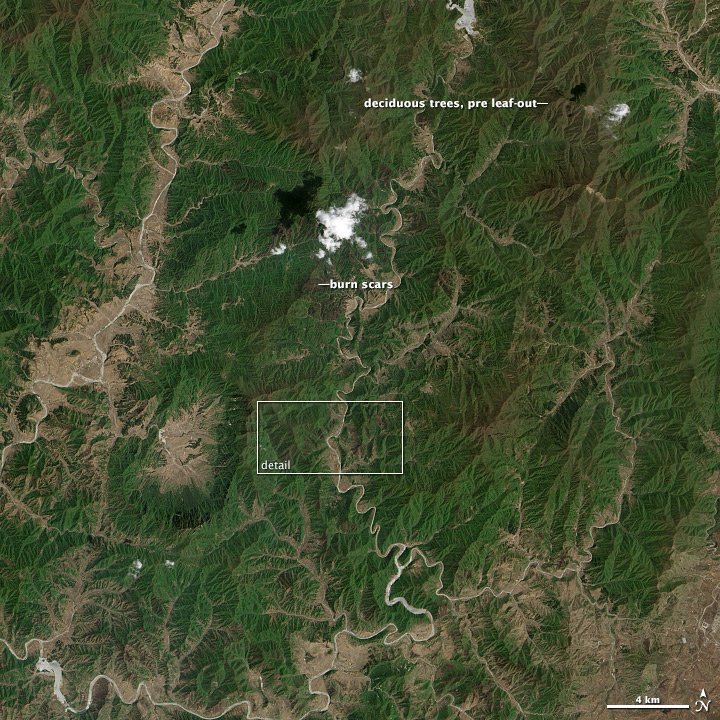 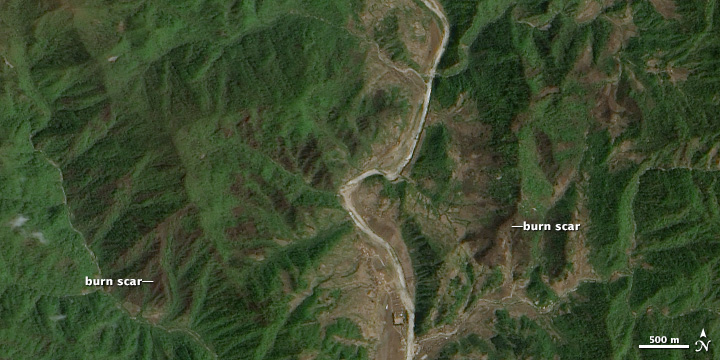 On April 25, 2014, the Moderate Resolution Imaging Spectroradiometer (MODIS) on NASA’s Aqua satellite observed dozens of fires burning in North Korea. Since MODIS was designed to monitor broad swaths of Earth’s surface every day, its top resolution of 250 meters (820 feet) per pixel does not offer much detail.

Many fires appeared in farming areas along rivers. While North Korea’s best agricultural land is located on the coastal plain in the western part of the country, many people farm marginal land along rivers in the mountainous areas. They use fire to clear debris from last year’s crops and to help fertilize the soil for the coming season.

However, some of the fires burned in forested areas as well, suggesting there were also wildfires. Drooping wires on aging power lines are a common cause of wildfires in North Korea, according to a report published in the Asia-Pacific Journal.

Dozens of fires burned in mountainous parts of North Korea in April 2014.