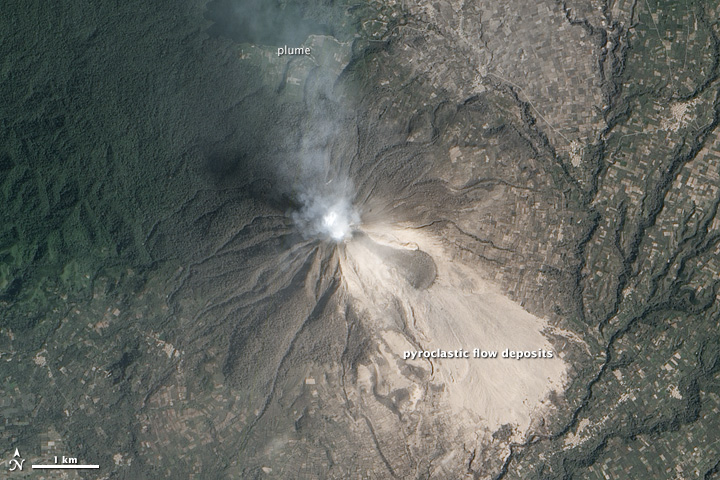 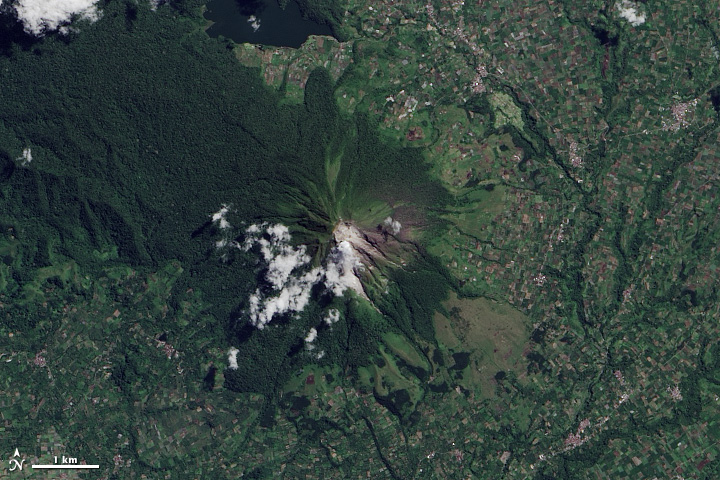 Until 2010, Indonesia’s Sinabung volcano was dormant, with no confirmed eruptions in the historical record. A brief burst of activity in August and September 2010 caused the temporary evacuation of about 30,000 nearby residents, but most people quickly returned as the eruption waned.

Three years later, fresh gas and ash plumes marked the arrival of a new series of eruptions. The Advanced Land Imager (ALI) on the Earth Observing-1 (EO-1) satellite collected a natural-color image of an ash plume from Sinabung on February 6, 2014. Frequent collapses from the unstable lava dome near Sinabung’s summit create pyroclastic flows that have swept at least 4.5 kilometers (2.8 miles) down the slopes so far. The flow deposits are visible southeast of Sinabung’s summit and appear light gray.

The eruption has coated much of the surrounding landscape with ash, causing green dark green forests to appear tan. Turn on the image comparison tool to see how much the landscape has changed compared to 2013. The ash has coated nearby villages, as well as the coffee, chili pepper, and other plantations clustered at the foot of the volcano. (The light-colored villages and fields near Sinabung, as well as the dark green forests of Gunung Leuser National Park, are visible in a 2003 Landsat 7 image.)

On February 1, 2014, the volcano killed 15 people when hot debris engulfed the village of Sukameriah. 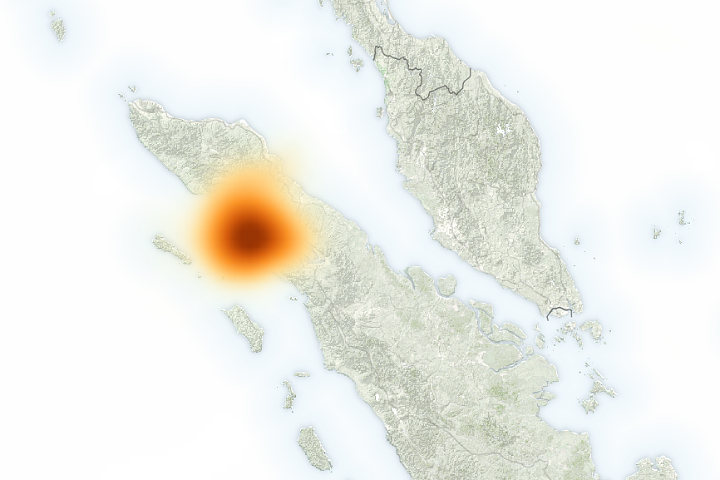