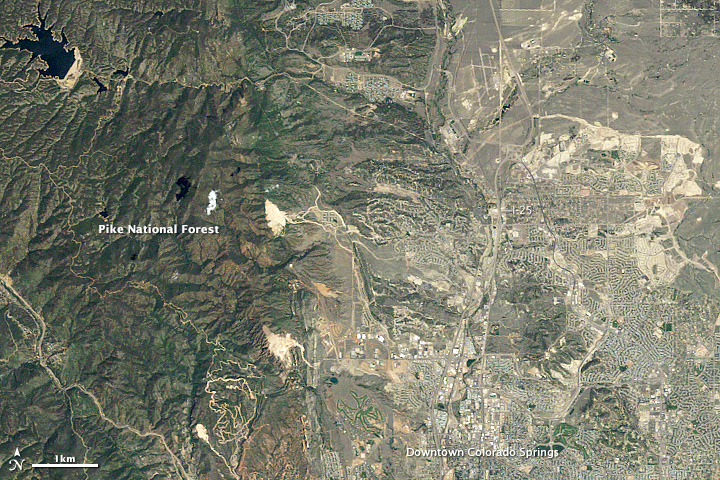 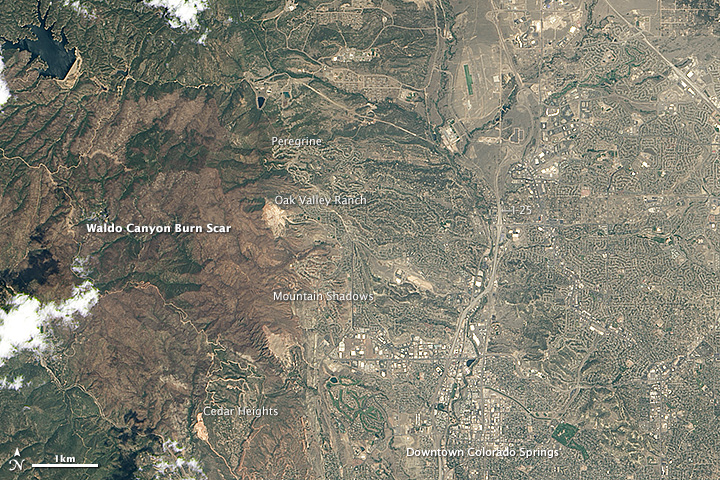 The record for the most destructive wildfire in Colorado history has been broken repeatedly in recent years. In 2010, Boulder’s Fourmile Canyon fire destroyed 169 homes. In June 2012, the High Park fire near Fort Collins burned down 259 homes. Just a week later, the Waldo Canyon fire struck Colorado Springs and wiped out 346 homes. For comparison, the six most destructive fires in Colorado prior to 2000 destroyed an average of 15 homes, according to the Colorado State Forest Service.

Why have Colorado’s wildfires become so destructive? Some wildfire experts say climate change and decades of aggressive wildfire suppression have primed forests to produce large, destructive blazes. But they say another factor is development. In recent decades, increasing numbers of Coloradans have moved into the wildland-urban interface (WUI), the wildfire-prone zone where wilderness and civilization meet.

Colorado’s El Paso county, for instance, is booming. In 1980, there were about 310,000 people living in the central Colorado county; by 2010, the population had doubled, making it the most populous county in the state. Colorado Springs, the county’s largest city, has driven much of the growth. While the fastest development has occurred in the plains east of Interstate 25 and northeast of downtown, plenty of new development has also occurred west of the city.

Communities northwest of Colorado Springs and adjacent to Pike National Forest, in particular, have crept west and grown denser since the 1980s, bringing more homes, roads, and people into an area that faces the most severe wildfire threat. About a quarter of Colorado Springs residents now live within the wildland-urban interface, explained Christina Randall, the city’s wildfire mitigation administrator. Most of the subdivisions within the WUI were built after the 1980s.

The expansion of communities into adjacent wildlands is visible to satellite sensors such as the Thematic Mapper and Operational Land Imager on the Landsat series of satellites. The images above, acquired by Landsat 4 and Landsat 8, show the Colorado Springs area in 1985 and 2013. Turn on the image comparison tool to see changes in development patterns, particularly the expanding networks of roads and housing around the Peregrine, Oak Valley Ranch, Mountain Shadows, and Cedar Heights neighborhoods. Click on the images to download larger versions that show more detail.

In 2012, years of warnings about the risks of living along the edge of the forest suddenly became very real as the Waldo Canyon fire barreled toward residential neighborhoods. Flames lapped at many neighborhoods along the western edge of the city, but it was Mountain Shadows that took a direct hit. Every one of the 346 homes destroyed by the Waldo Canyon fire was situated in Mountain Shadows. Overall, the blaze forced more than 30,000 people to evacuate, scorched 18,000 acres (7,000 hectares), killed two people, and took 18 days to control.

In the second image above, the burn scar appears brown. (See a false-color view of the burn scar here.) In some areas, the flames were so intense that almost no vegetation was left on the surface. Interestingly, that was not the case for Mountain Shadows. A map of fire intensity shows the severity of the burning was light in comparison to areas deep within Pike National Forest. Indeed, even in parts of Mountain Shadows where whole blocks were destroyed, patches of unburned lawns and trees are visible in aerial photographs.

“It’s not vast walls of fire from high-intensity crown fires that destroy homes,” explained Tania Schoennagel, a wildfire expert at the University of Colorado-Boulder. Roads usually slow fires approaching populated areas, so it is typically the accumulation of small, innocuous-looking embers falling on flammable roofs and porches—as well as blowing into vents—that makes homes ignite.

This helps explain why different neighborhoods or houses with similar exposure levels can fare so differently in a fire. Simple fire-proofing techniques—such as ensuring that roofs are non-flammable, keeping a debris-free buffer zone around homes, and thinning forested areas around populated areas—can go a long way toward saving homes, according to Randall. For instance, forest-thinning efforts near Cedar Heights in 2010 are credited with keeping fire out of that neighborhood despite the fact that fire approached the area from three directions.

In part two of this story, read about the Black Forest fire.