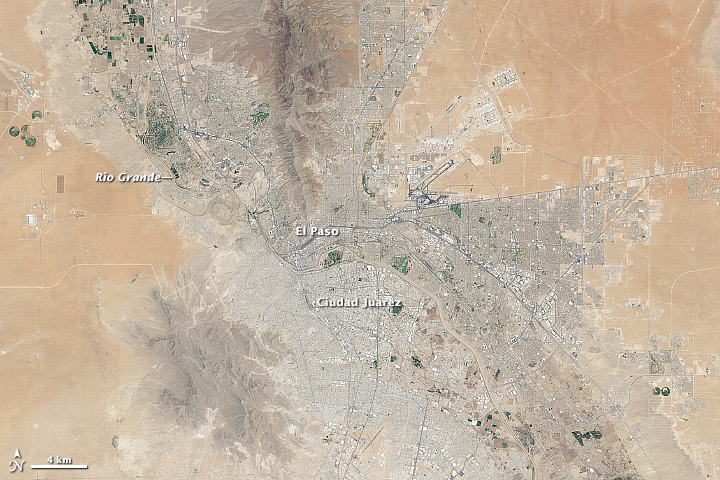 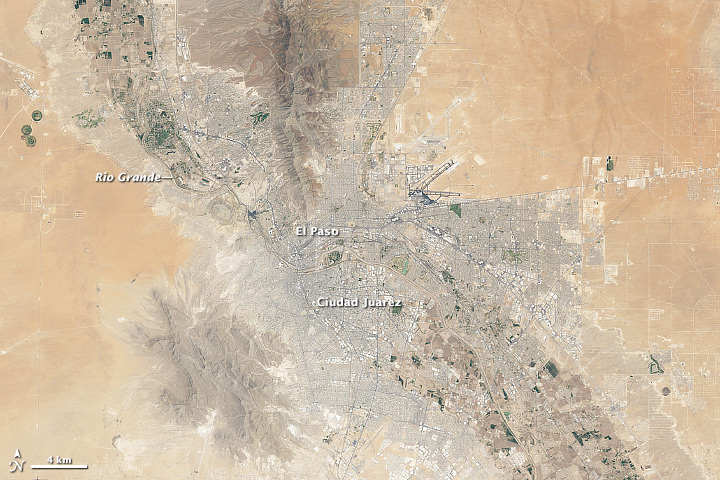 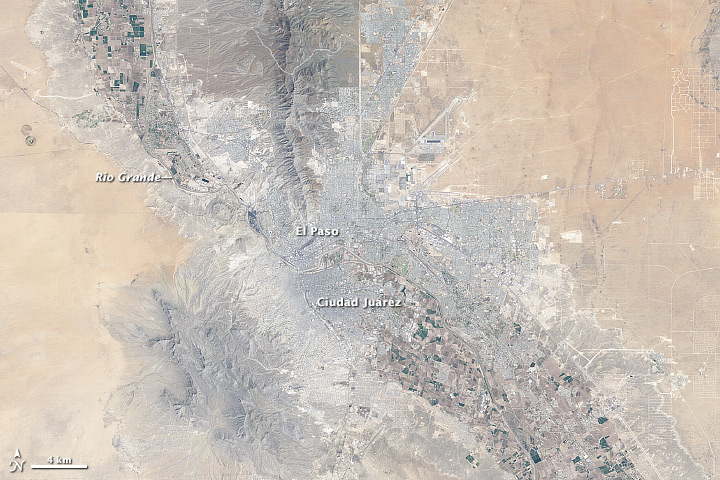 For more than forty years, Landsat satellites have collected images of our planet...millions of them. As Landsat 8 begins its new mission—collecting more than 400 images per day—scientists are anticipating what that trove of observations will reveal about Earth’s surface.

“These are scientific data, as much as they’re beautiful images,” said Doug Morton, a scientist at NASA’s Goddard Space Flight Center who uses Landsat data to study changes in forest ecosystems. “We can see that ecosystems are changing all the time, and Landsat data captures these changes like no other program in the world.”

In one patch of desert, where the Rio Grande makes a border between the United States and Mexico, the Landsats have captured hundreds of images for NASA and its partners at the U.S. Geological Survey (USGS). Those photo-like, natural-color images show fields turning green and brown with the season; new urban and suburban developments expanding around El Paso, Texas, and Ciudad Juárez, Mexico; changing angles of sunlight; and clouds moving over the neighboring mountains. They also reveal subtle changes in the sensors as technology improves with each generation of satellite.

As Landsat 8 collects hundreds of images per day, the staff at the USGS Earth Resources Observation Systems Data Center in South Dakota will receive, process, and archive those scenes within 24 hours. Scientists and the public will have access to the digital images within hours over the internet. Since 2008, when all Landsat digital images in the USGS archive were made available on the Web for free, scientists, land managers, planners and others have downloaded scenes more than 11 million times.

The Landsats collect visible and infrared light reflected from Earth’s surface and thermal infrared light emitted by the surface. The different wavelengths of data are the backbone for a range of research and operational programs, including monitoring agricultural productivity, water use, and forest fire damages in the U.S.

When the free and deep Landsat archive is combined with modern computing power, scientists can take a wider view of the planet not just across space, but also time. “The ability to use every image in the archive has revolutionized the way we do science, conduct business, and share information worldwide,â€ Morton said. In the past, a scientist studying deforestation might have only used two images—one before and one after—to see the extent of logging. Now, with free images and powerful computers, researchers can assemble dozens of monthly or seasonal images to examine the ebb or flow of cutting and regrowth.

The methods for analyzing data have vastly improved, but the fundamental reasons for collecting data have remained constant. “It’s still inventorying natural resources. It’s still looking at the interactions between people and their environment,” said Bruce Cook, Landsat deputy project scientist at NASA Goddard. “But now you’re talking about a world population that has almost doubled since the first Landsat. There’s even more pressure on our natural resources, and more reason to be studying these things.”

The Landsat archive already stores more than three million scenes. But it could take millions of images and billions of pixels to get a complete view of issues such as the response of ecosystems to a warming world. “There are a bunch of interesting ecological questions related to climate change which Landsat could be applied to,” said Jeff Masek, Landsat project scientist at NASA Goddard. “But that takes a lot of data. You don’t get a reliable answer if you just look at a couple of images. You really have to look at a deep-time series.”

Read and view more in our feature Landsat Look and Sees, and in our slideshow Greatest Hits from Landsat. 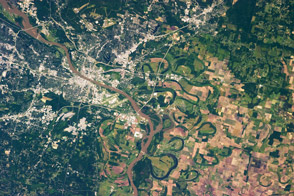