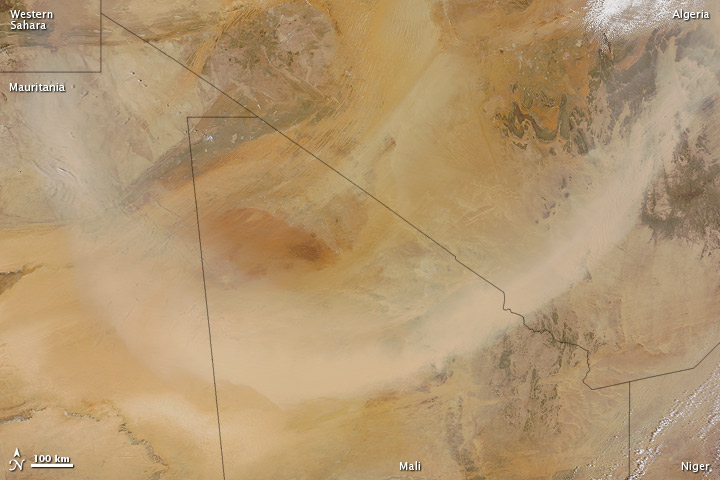 A dust storm blew across the Sahara Desert on April 24, 2013. The Moderate Resolution Imaging Spectroradiometer (MODIS) on NASA’s Terra satellite took this image the same day.

The dust plume formed a giant, southward-swooping arc extending from Algeria to Western Sahara. Source points for the plume are not obvious in this image, but dust storms often blow from east to west in this region, sometimes carrying dust over the Atlantic Ocean. Sand seas carpet large parts of Algeria, Mali, and Mauritania, and this dust storm likely picked up additional material as it blew across the Sahara.