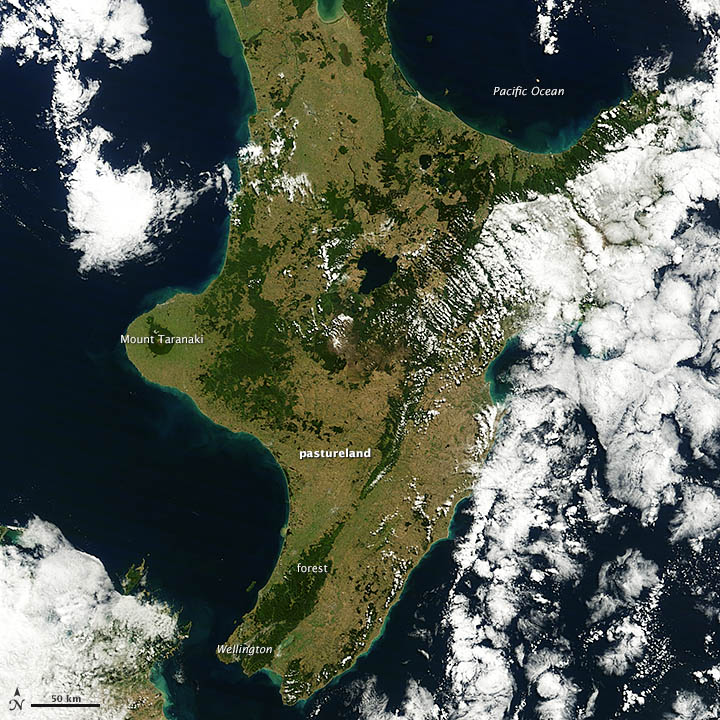 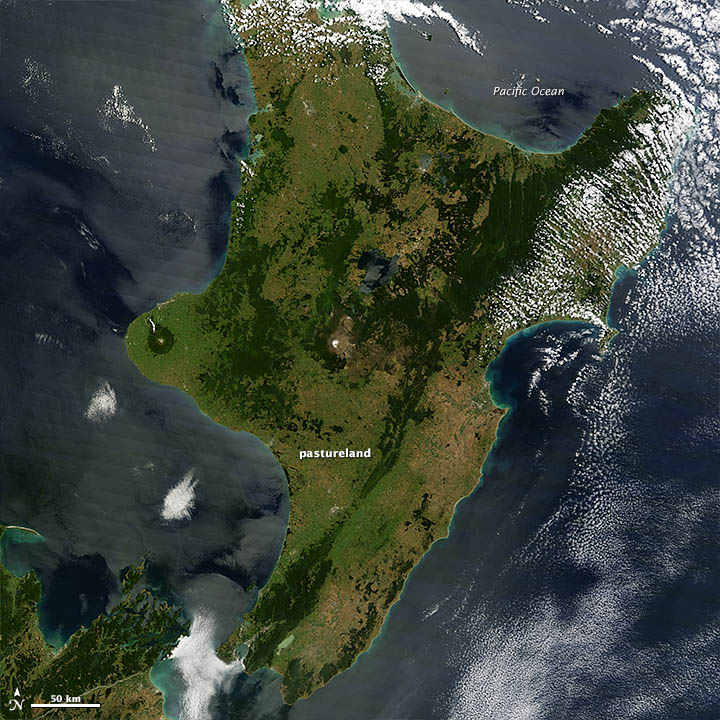 Farmers in New Zealand rejoiced in mid-April 2013 when rains started to break one of the worst droughts to hit the country in decades.

Much of the country reached drought status in late February and experienced unusually low levels of rain throughout the summer. The situation on North Island, in particular, worsened throughout March. By early April, climate and weather experts had started calling it the worst drought on North Island in 70 years. The area around Wellington, for instance, saw no rainfall at all between February 13 and March 17.

A significant portion of North Island is comprised of grassland that farmers used as pastureland. Most of the pasturelands are not irrigated and depend on rainfall. The Moderate Resolution Imaging Spectroradiometer (MODIS) on NASA’s Terra satellite captured these glimpses of the drought’s impact. The landscape in the top image, acquired on April 10, 2013, was considerably browner than in April 2009 (a more typical year). The light green areas, where changes are most noticeable, are mainly pastoral landscapes populated by sheep, cattle, and deer farmers. The darker areas without significant changes in greenness are forests.

The drought has been attributed to the presence of a high-pressure area that lingered over New Zealand throughout the summer, causing low pressure areas—and the associated rainfall they bring—to skirt either side of the country.

Lush green landscapes in New Zealand’s North Island took on a browner hue in summer 2013, as the area contended with one of the worst droughts in decades.