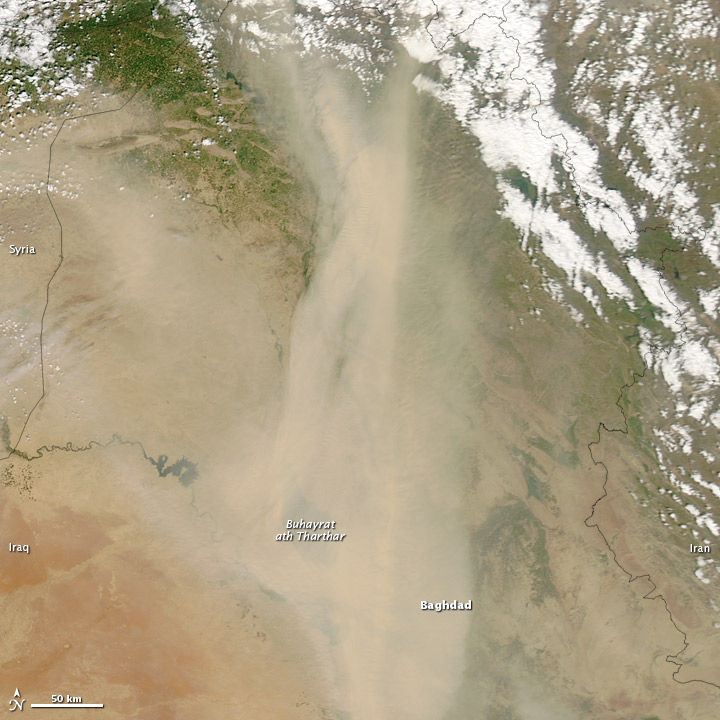 Dust storms count among the most common natural hazards in Iraq, as winds loft fine particles into the air from dry river, lake, floodplain, and marsh sediments. Silt-rich soils, which lend material to most of this region’s dust storms, occur over large portions of the country. 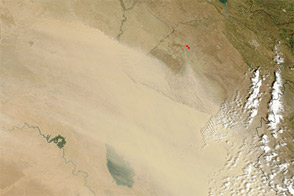 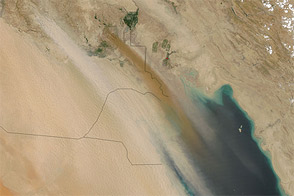