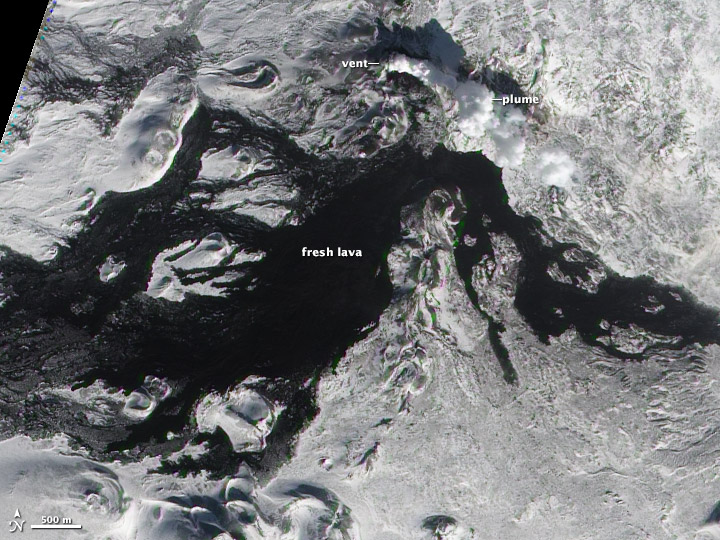 Fresh lava rested on the surface of Tolbachik when the Advanced Land Imager (ALI) on NASA’s Earth Observing-1 (EO-1) satellite captured this image, on March 6, 2013. The lava flow kept the same general configuration that it showed the previous month. Just north of the lava flow, a plume rose above the volcano surface.

Tolbachik Volcano has a complicated configuration. The eastern half is a shield volcano—a low, broad structure resembling an ancient warrior shield—with nested summit calderas. The western half is a tall stratovolcano composed of alternating layers of ash, lava, and rocks from earlier eruptions.