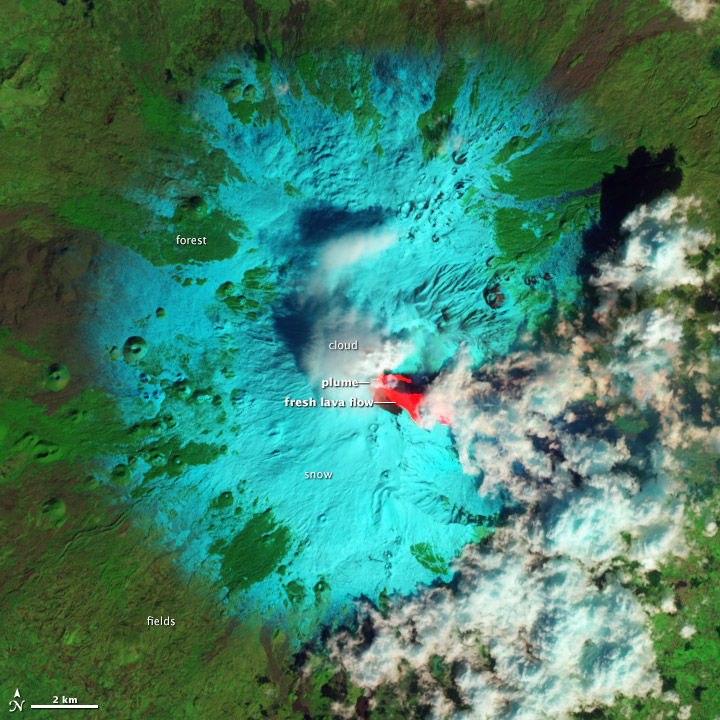 After maintaining a low simmer for ten months, Italy’s Etna volcano boiled over on February 19–20, 2013, with three outbursts in 36 hours. According to the Italian Istituto Nazionale di Geofisica e Vulcanologia, each outburst (paroxysm) featured “emission of lava flows, pyroclastic flows, lahars, and an ash cloud.”

The Advanced Land Imager (ALI) on the Earth Observing-1 (EO-1) satellite captured Mount Etna on February 19 at 9:59 a.m. Central European Time, about 3 hours after the end of the first paroxysm. The false-color image combines shortwave infrared, near-infrared, and green light in the red, green, and blue channels of an RGB picture. This combination makes it easier to differentiate between fresh lava, snow, clouds, and forest.

After maintaining a low simmer for 10 months, Italy’s Etna Volcano boiled over in early February, with three outbursts in 36 hours. 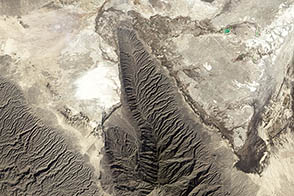 These African volcanoes are among the most active on Earth. 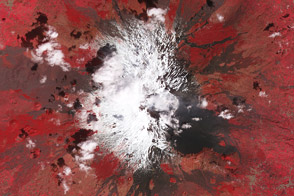