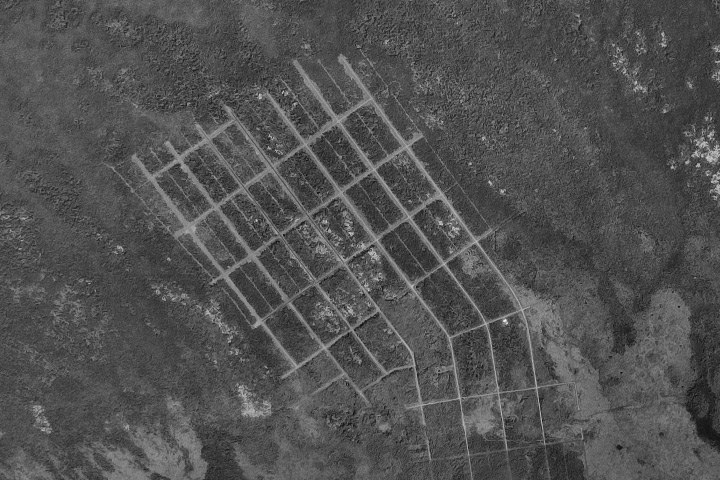 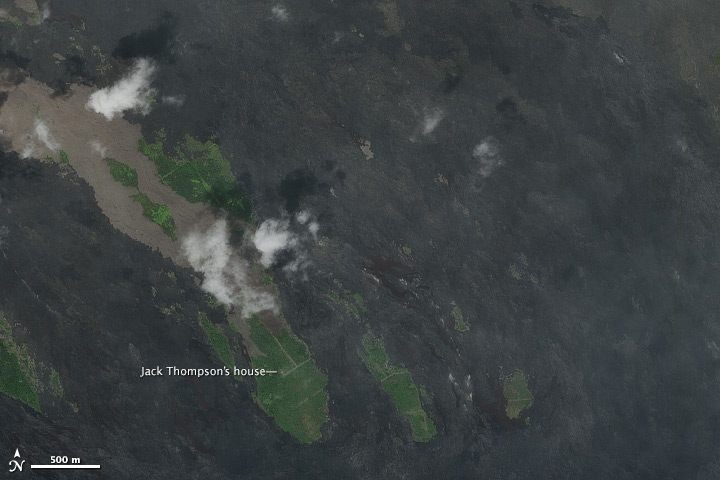 The late 1950s and early 1960s were boom times for developers in Hawai’i. Speculators would buy large parcels of land on what was then a sparsely-populated island, partition them into smaller lots, and sell them to buyers eager for a piece of paradise.

That’s exactly what happened at Royal Gardens, an 1,800-acre subdivision on the slopes of Kilauea, a bulging shield volcano along Hawai’i’s southeastern coast. The area boasts lush tropical forests and extraordinary views of the Pacific Ocean, and buyers didn’t seem to notice or care that the subdivision was built on a steep slope downhill from a volcano. About half to two-thirds of the people who bought land at Royal Gardens came from the continental United States and never saw the land in person before buying it.

By 1983, most of the 1,500 lots were sold and about 200 structures had been built, including 75 homes. In January 1983, lava spilled from a series of fissures along Kilauea’s East Rift Zone. By March, the volcano was pumping out enormous fountains of lava that surged as high as 650 feet (200 meters) into the air. That same month, lava made the first of numerous forays into Royal Gardens.

The top aerial photograph shows what the Royal Garden subdivision looked like on February 19, 1977. The grid-like pattern was a network of roads that had been etched into the forested landscape. Digital Globe’s Woldview-2 satellite acquired the second image on May 15, 2011. By then, lava had destroyed the majority of the subdivision, but a few areas remained unscathed.

Luck had spared Jack Thompson’s house numerous times since the eruption began, but in 2012 his luck finally ran out. Fast-moving lava erupting from the Pu‘u O‘o crater—6 kilometers (4 miles) uphill—finally overran the house on March 2, 2012. Thompson and a photographer who happened to be staying with him evacuated via helicopter just a few hours before lava consumed his property.

Aerial photograph courtesy of the United States Geological Survey. Image from WorldView-2 Â©2011 by DigitalGlobe. Caption by Adam Voiland. Congratulations to Ron Schott for being the first player to solve the puzzler.