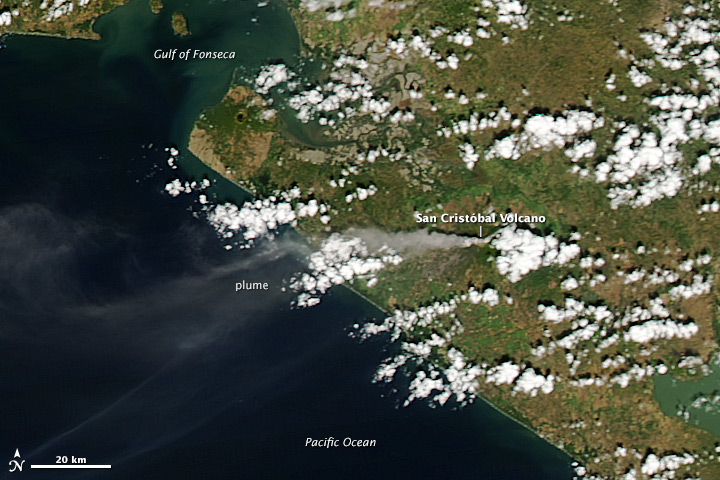 In the waning days of 2012, a series of explosions and ash emissions occurred at Nicaragua’s San Cristóbal volcano. Small eruptions are relatively common at San Cristóbal, which has been restless since 1971.

This natural-color image was captured on December 27, 2012, by the Moderate Resolution Imaging Spectroradiometer on NASA’s Aqua satellite. At the time, the Washington Volcanic Ash Advisory Center reported that the ash plume reached an altitude of 14,000 feet (4,300 meters), about 8,300 feet (2,500 meters) above San Cristóbal’s summit.

In the waning days of 2012, a series of explosions and ash emissions occurred at this volcano in Nicaragua. 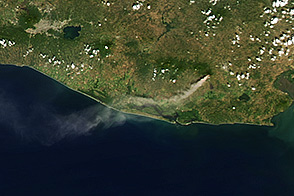 Ash streamed from one of El Salvador’s most active volcanos in January 2016.

A burst of high-altitude ash from Eyjafjallajökull Volcano on May 4, 2010, led to another round of flight delays and cancellations in the British Isles.

An explosion at the Salvadoran volcano lofted ash over the surrounding landscape.