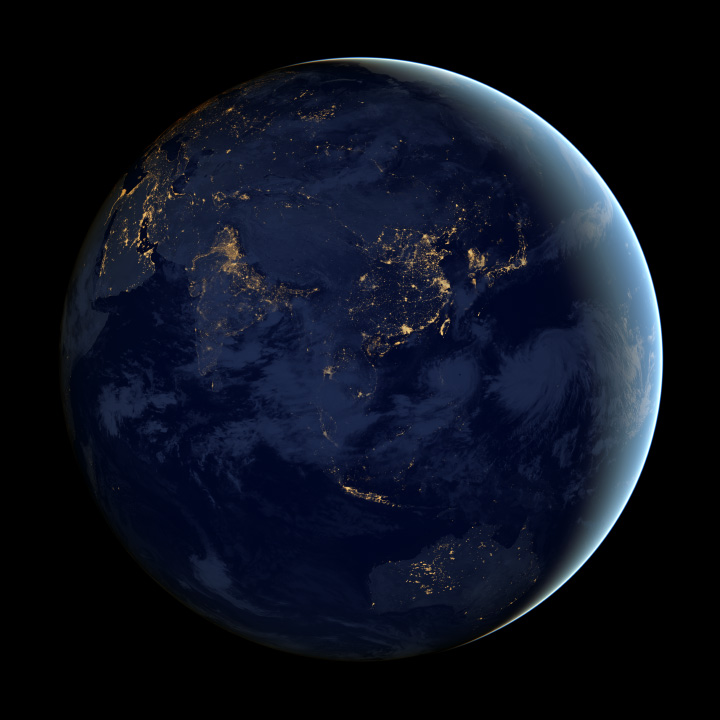 This image of Asia and Australia at night is a composite assembled from data acquired by the Suomi NPP satellite in April and October 2012. The new data was mapped over existing Blue Marble imagery of Earth to provide a realistic view of the planet.

“Night time imagery provides an intuitively graspable view of our planet,” says William Stefanov, a scientist in NASA’s International Space Station program office who has worked with similar images from astronauts. “City lights are an excellent means to track urban and suburban growth, which feeds into planning for energy use and urban hazards, for studying urban heat islands, and for initializing climate models.”