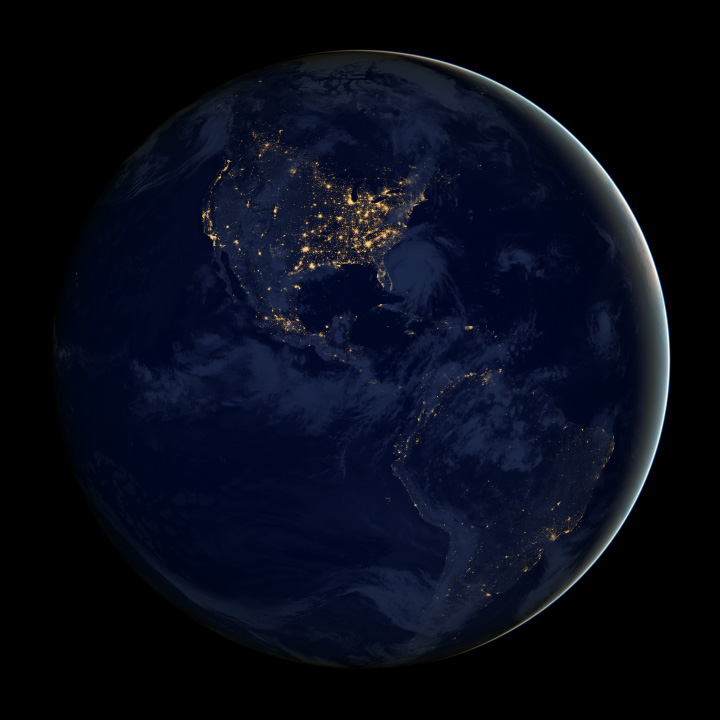 This image of North and South America at night is a composite assembled from data acquired by the Suomi NPP satellite in April and October 2012. The new data was mapped over existing Blue Marble imagery of Earth to provide a realistic view of the planet.

“Artificial lighting is a excellent remote sensing observable and proxy for human activity,” says Chris Elvidge, who leads the Earth Observation Group at NOAA’s National Geophysical Data Center. Social scientists and demographers have used night lights to model the spatial distribution of economic activity, of constructed surfaces, and of populations. Planners and environmental groups have used maps of lights to select sites for astronomical observatories and to monitor human development around parks and wildlife refuges. Electric power companies, emergency managers, and news media turn to night lights to observe blackouts.