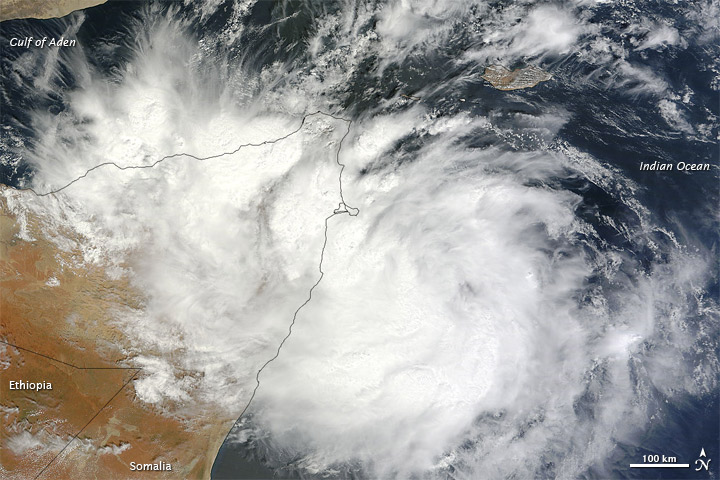 Tropical Cyclone Murjan made landfall on the Horn of Africa on October 25, 2012, as the Moderate Resolution Imaging Spectroradiometer (MODIS) on NASA’s Terra satellite captured this natural-color image. The storm lacked the distinct eye and spiral shape characteristic of strong storms, but its clouds still spanned hundreds of kilometers.

Murjan was not a powerful storm. The U.S. Navy’s Joint Typhoon Warning Center reported wind speeds of just 35 knots (65 kilometers per hour), but although the storm did not bring high winds, it did bring heavy rains. AccuWeather reported that severe thunderstorms soaked Somalia ahead of the cyclone, and continued rain was expected for northern Somalia. Heavy rains and potential flash floods were also expected for Djibouti and eastern Ethiopia.

Acquired October 25, 2012, this image shows Tropical Cyclone Murjan over the Horn of Africa. 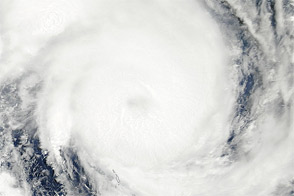