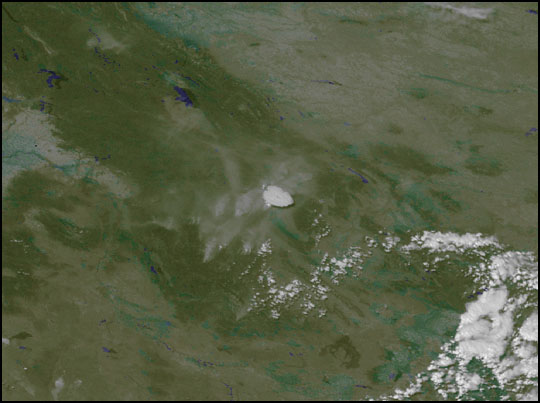 Wildfires in the western United States have consumed about 6 million acres of forestland, as of Aug. 25. In Montana alone, fires have consumed more than 600,000 acres and show no signs of letting up. Fire officials, calling this the worst fire season in 50 years, have asked for help in battling the blazes. President Clinton ordered U.S. Army troops from North Carolina and Kentucky to help combat the flames.

This image animation is based on a time series of NOAA GOES-10 satellite data, extending from sunrise August 22 to the morning of August 23. That day began with haze stretching across Montana, with smoke and/or fog in the lower areas of the mountains where the fires have been burning. Much of the smoke is blown away to the east by prevailing winds, but by early afternoon the fires are producing more smoke. 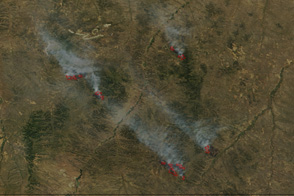 Several wildfires burn in southeastern Montana in this image from August 24, 2011.

Smoke over Montana and Wyoming