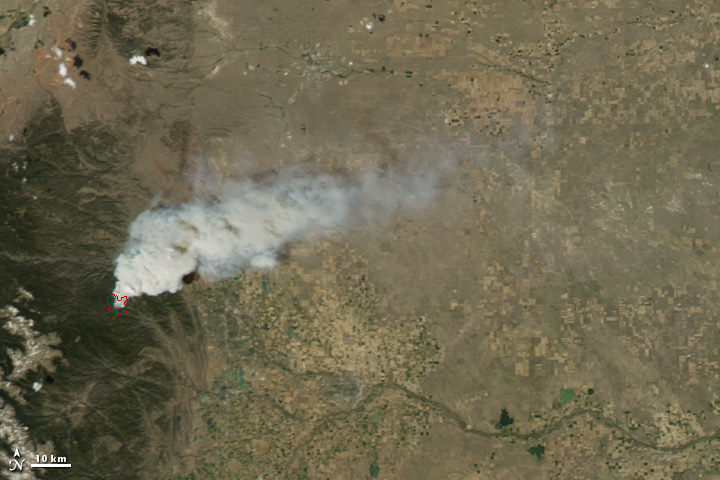 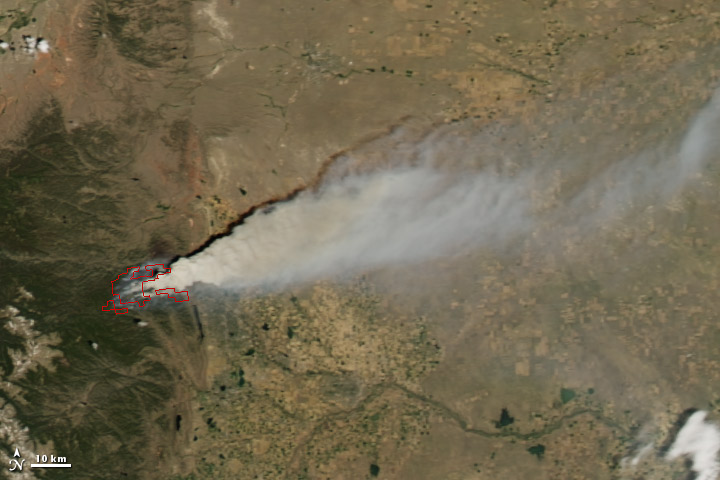 The High Park Fire, about 15 miles (24 kilometers) west of Fort Collins, Colorado, was discovered just before 6:00 a.m. on June 9, 2012. Started by a lightning strike, the fire quickly grew, fueled by high winds and dry vegetation. By the morning of June 12, the fire had burned more than 43,000 acres (17,000 hectares), making it the third-largest fire in Colorado history.

As of June 12, the fire had burned 100 structures and killed one person. Though regional firefighting resources were stretched thin between Colorado and other active fires in Wyoming and New Mexico, about 500 firefighters were battling the High Park blaze by June 12. Firefighters hoped to establish a fire line along its southwestern corner, according to reports from InciWeb.

Smoke from the fire affected air quality up and down the populous Colorado Front Range, the eastern face of the southern Rocky Mountains. Officials warned residents to take precautions if they could see or smell smoke, and a Fort Collins hospital reported an increase in emergency room visits related to smoke inhalation.

Much of the fuel for the High Park Fire is coming from stands of trees that have been killed by beetles; the insects have devastated forests in western North America. Effects of the beetle outbreak in British Columbia can be seen in a color-coded map and satellite imagery. In northern Colorado, the High Park Fire was also burning green grass in some places, the local fire chief said. 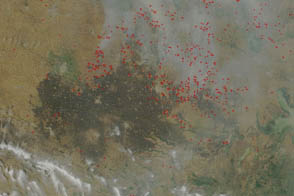