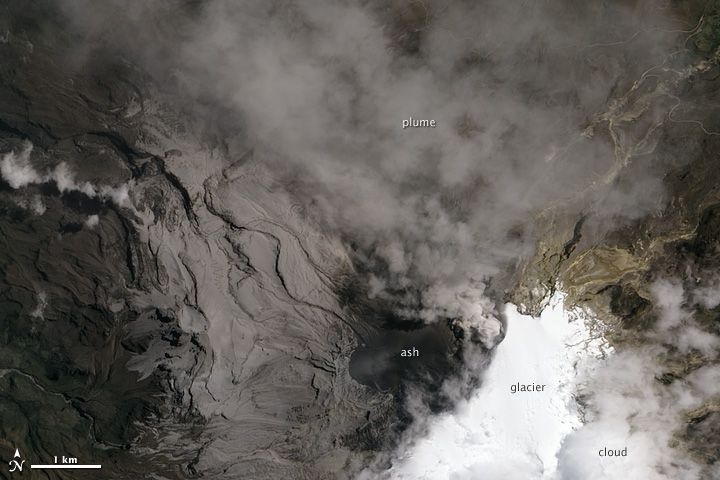 Nevado del Ruiz Volcano, infamous for its deadly lahars, sprang to life in March 2012. Located in the Colombian Andes, the volcano was frequently active during the past 1,000 years, most recently in 2010. Observers first reported earthquakes near the volcano, followed by emissions of volcanic gases and small amounts of ash. By early June sulfur dioxide emissions had increased, and ash reached as far as 40 kilometers (25 miles) from the volcano.

This natural-color satellite image shows a burst of ash from Nevado del Ruiz on June 6, 2012. It was acquired by the Advanced Land Imager (ALI) aboard the Earth Observing-1 (EO-1) satellite.