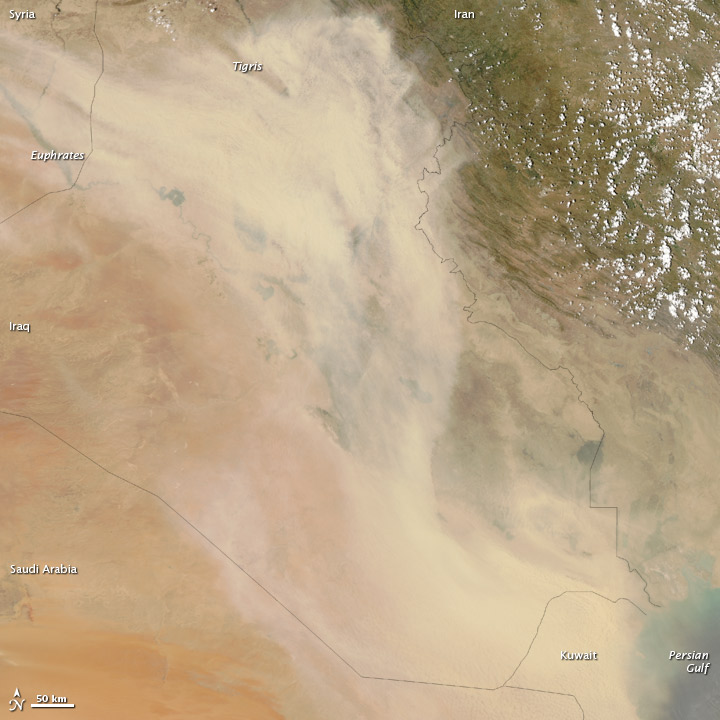 A dust storm shrouded Iraq and Kuwait in late May 2012. On May 22, the Kuwait News Agency reported that thick dust had suspended operations in two ports, and business news site Zawya reported that dust storm activity forced the closure of the Baghdad airport.

The Moderate Resolution Imaging Spectroradiometer (MODIS) on NASA’s Aqua satellite captured this natural-color image on May 24, 2012, as dust extended from Syria and northern Iraq southward to Kuwait.

Frequent dust storms in the Middle East owe their existence not only to the vast sand seas of the Arabian Peninsula, but also to the fine sediments of the Tigris and Euphrates Riverbeds and impermanent rivers and salt lakes in the Syria-Iraq region.