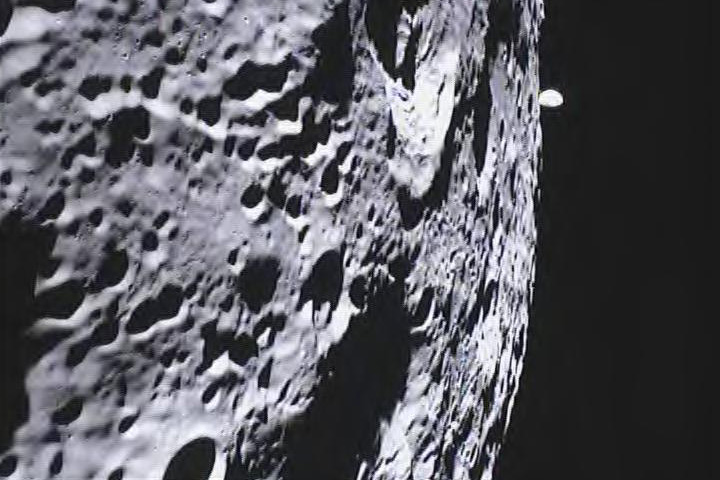 In mid-March 2012, middle school students took this picture of our planet from the far side of the Moon. The students accomplished this feat thanks to MoonKAM—Moon Knowledge Acquired by Middle school students—an education and outreach program of NASA's Gravity Recovery and Interior Laboratory (GRAIL) mission.

More than 2,700 schools in 52 countries signed up to participate in the MoonKAM program, and tens of thousands of students submitted requests to the MoonKAM Mission Operations Center. The requests were relayed to cameras on the GRAIL spacecraft, which targeted the areas requested by the students and sent the pictures back to Earth. The first batch of MoonKAM shots, including this one, was acquired March 15–18, 2012.

With Earth in the distant background, this image shows the far side of the lunar surface, including the De Forest Crater. Situated near the Moon’s southern pole, De Forest Crater receives sunlight at an oblique angle that leads to deep shadows.

The GRAIL mission was launched in 2011 to develop a detailed map of the Moon’s gravity field. Using twin spacecraft flying in formation, GRAIL operates on the same principle as the Gravity Recovery and Climate Experiment (GRACE) that observes Earth. Small changes in the distance between the spacecraft enable scientists to measure the gravitational field. Researchers hope to improve our understanding of the Moon’s gravity—by 100 times on the near side and 1,000 times on the far side.

The MoonKAM Project is led by Sally Ride—America’s first woman in space—in collaboration with undergraduate students at the University of California in San Diego. 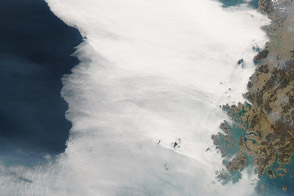 The spacecraft captured images of parts of Mercury’s surface that planetary scientists had never seen.