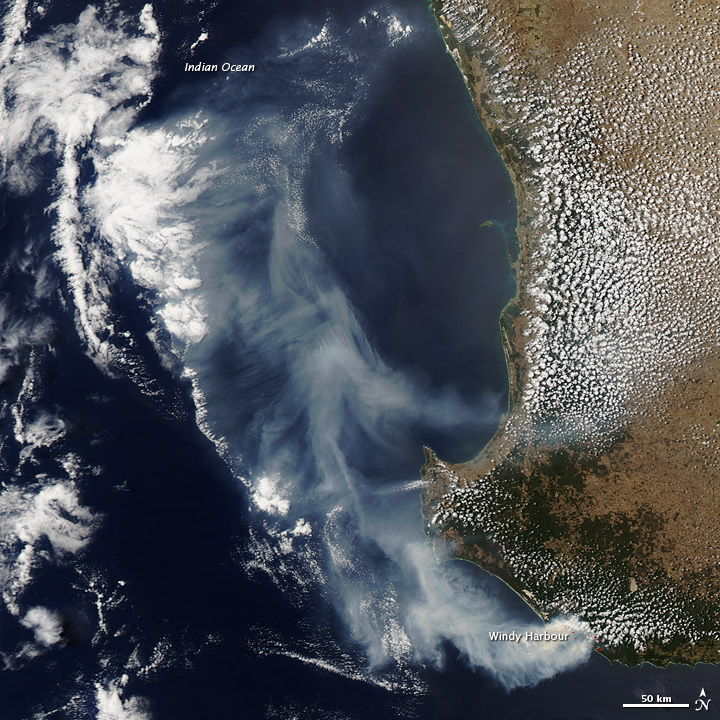 Fires in southwestern Australia sent a massive smoke plume out over the Indian Ocean on February 13, 2012. The Moderate Resolution Imaging Spectroradiometer (MODIS) on NASA’s Aqua satellite took this picture the same day.

In this natural-color image, red dots show areas where MODIS detected unusually high surface temperatures associated with active fires. The gray-beige smoke blows in a giant clockwise arc over the Indian Ocean and back toward the coast of Western Australia.

On February 14, 2012, the Fire and Emergency Services Authority (FESA) of Western Australia reported that the bush fires burning around Windy Harbour the day before had been contained. Still, FESA warned residents to keep abreast of new developments, as conditions could change quickly.