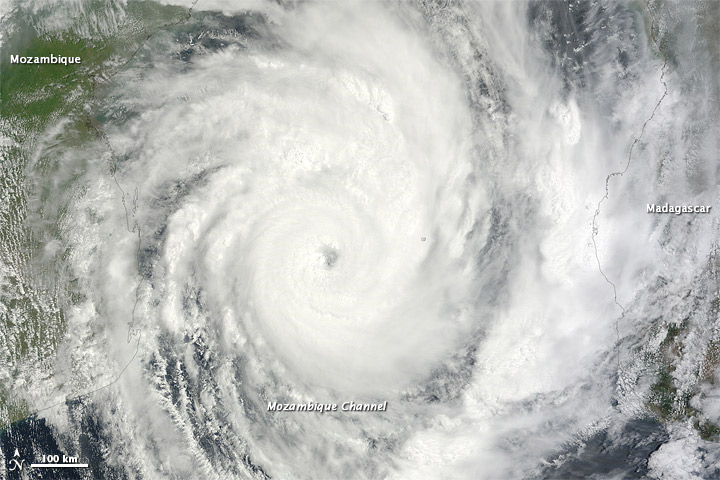 On January 25, 2012, the U.S. Navy’s Joint Typhoon Warning Center (JTWC) reported that Funso was located roughly 385 nautical miles (715 kilometers) east-northeast of Mozambique’s capital city of Maputo. The storm had maximum sustained winds of 120 knots (220 kilometers per hour) and gusts up to 145 knots (270 kilometers per hour). The JTWC stated that the storm was moving southward, but high sea surface temperatures were sustaining the storm over the Mozambique Channel.

Funso arrived on the heels of another storm, Dando. On January 25, the United Nations Office for the Coordination of Humanitarian Affairs reported that the combined effects of these storms had killed at least 25 people, and affected tens of thousands more through flooding and infrastructure damage.

Tropical Cyclone Funso lingers over the Mozambique Channel in this natural-color image from January 25, 2012.

On January 23, 2012, Tropical Cyclone Funso raged over the Mozambique Channel. 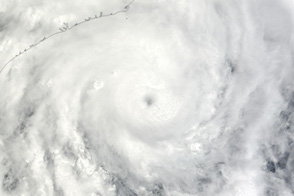 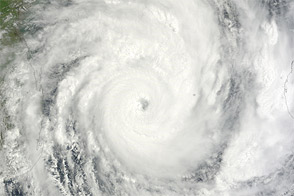