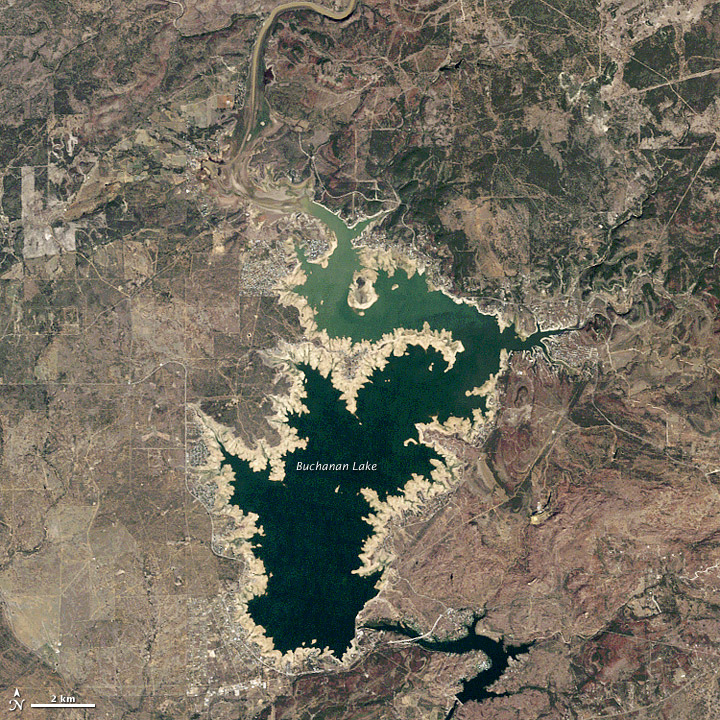 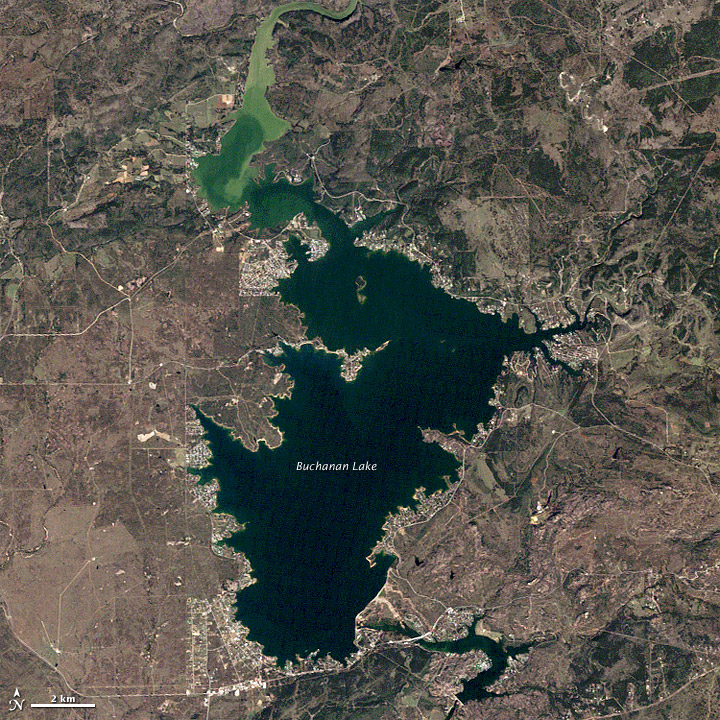 More than a year of drought has dropped lake and reservoir levels in central Texas by tens of feet, exposing signs of previous human settlements and threatening water supplies. September 2010 through September 2011 were the driest 12 months on record for much of the region, with rainfall at 30 to 40 percent of the norm.

The Thematic Mapper on Landsat 5 captured these images of Lake Buchanan, Texas, in October 2011 and October 2003. Note the distinct, tan “bathtub ring” around the reservoir in 2011, showing exposed lake bed sediments and revealing how far the waterline has dropped from the previous high–water marks. The lake edge is currently as much as a mile from the stone walls that normally protect lakefront homes.

By the morning of December 28, Lake Buchanan stood at 988.41 feet above sea level, roughly 23 feet (7 meters) below its historic average for the month. Two manmade “Highland Lakes” in the area—Buchanan and Travis—stood at a combined 37 percent of their water capacity.

Around the lake’s shores, signs of former human settlements have risen from the bed as water levels have dropped. The town of Bluffton, for instance, was evacuated and flooded when Buchanan Dam and the resulting lake were completed in the late 1930s and early 1940s. Now the foundations of former buildings and businesses are exposed, as is the graveyard. In other areas, everything from ancient fossils and tools, a century-old church, and a former graveyard for freed slaves have appeared out of the lake bed.

According to news reports, residents near Lake Nagodoches in east Texas found a storage tank that held oxygen and hydrogen for NASA’s space shuttle Columbia, which broke up during atmospheric re-entry over Texas in 2003.

More than a year of drought has exposed former settlements on the edge of a Texas lake.