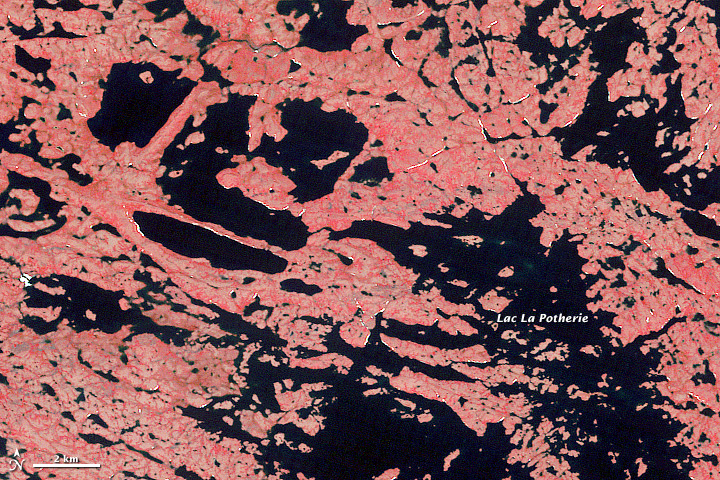 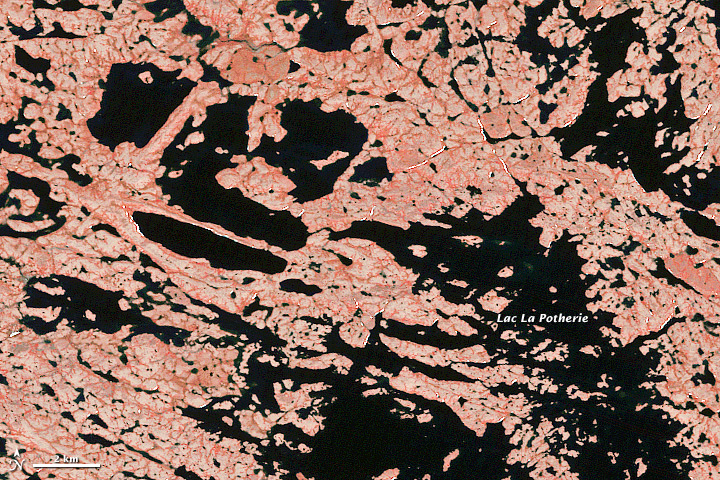 Scientists using Landsat have confirmed that warming temperatures in northern Quebec have increased the amount and extent of shrubs and grasses. The study—which examined more than 20 years of observations—is one of the first to present a detailed view of how warmer surface temperatures influence plant distribution and density in North America.

Computer models have been predicting the northward expansion of vegetation due to warming air temperatures. “But unlike the decline of sea ice, which is a dramatic effect that we're already seeing as a result of global warming, changes in vegetation have been subtle,” said Jeff Masek, project scientist for Landsat at NASA’s Goddard Space Flight Center.

The Thematic Mapper on Landsat 5 captured the false-color images (above) of a study area around Lac La Potherie in Canada in July 1986 and July 2004. The images were made with a combination of near-infrared, red, and green light to bring out details in vegetation. The deeper the red color in the image, the denser the vegetation.

“Models predict a dramatic change over the next 100 years, and people have been wondering why we weren’t seeing these changes already,” said Masek. “For the first time, we've been able to map the changes in detail because of the spatial resolution and length-of-record from Landsat.”

Scientists typically track vegetation by measuring the “greenness” of a study area. Doug Morton, a NASA Goddard scientist and lead author, noted that previous satellite studies used yearly compilations, making it difficult to determine if increasing greenness was due to the expansion of vegetation cover or just the effect of a longer growing season.

For this study, Morton, Masek, and colleagues focused only on greenness measurements during the peak summer growth from 1986 to 2010. By using Landsat's 30-meter (98 foot) resolution and viewing the same area at the same time for 23 years, the researchers were able to decipher vegetation growing denser and more widespread.

In contrast to the expansion of shrubs, the team found little evidence for greening trends in forested areas, suggesting that the forest response to global warming may occur more slowly. Masek and colleagues presented their findings on December 9, 2011, at the annual meeting of the American Geophysical Meeting.

The Landsat Program is a series of Earth-observing satellite missions jointly managed by NASA and the U.S. Geological Survey since 1972. 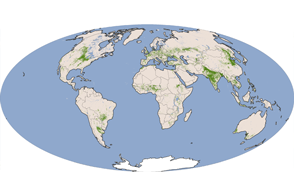 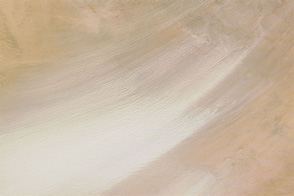