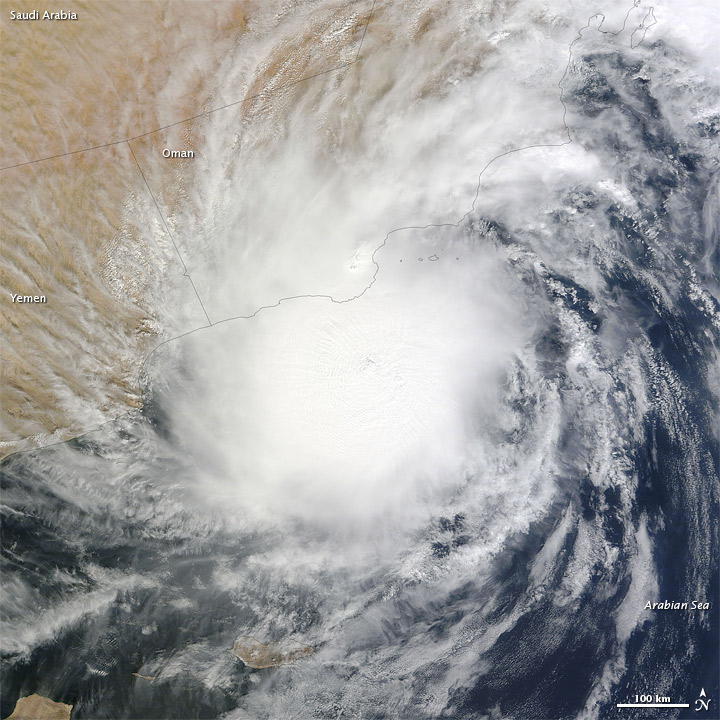 Tropical Storm Keila brought strong winds and heavy rains to the Arabian Peninsula at the beginning of November 2011. Times of Oman described flooded roads, parked vehicles swept away by water, and emergency evacuations of hospitals. On November 3, OneOman reported 14 deaths and at least 200 injuries from the storm.

The Moderate Resolution Imaging Spectroradiometer (MODIS) on NASA’s Terra satellite captured this natural-color image on November 1. The center of the storm hovers just off the coastlines of Yemen and Oman, and storm clouds stretch hundreds of kilometers inland.

Observations by another NASA satellite, the Tropical Rainfall Measuring Mission (TRMM) indicated heavy rainfall resulting from Tropical Storm Keila. On November 3, the TRMM team reported that thunderstorms spawned by Keila produced about 5 centimeters (2 inches) of rain per hour off the coast of Oman. 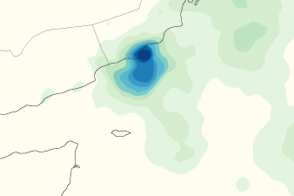 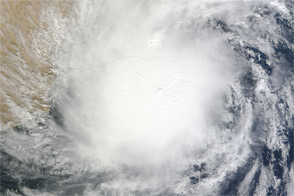 The third tropical cyclone of the season in the northern Indian Ocean brought rare rains to the desert regions of Yemen and Oman in the third week of October 2008 after the storm hooked around the Horn of Africa and entered the Gulf of Aden.