Quest for the Source of the Nile 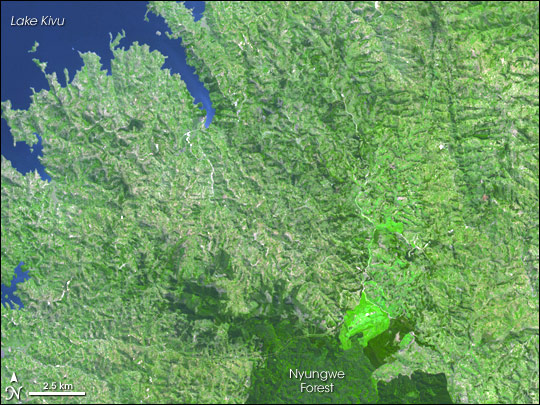 At an estimated 6,695 kilometers (4,160 miles), the Nile is one of the longest, if not the very longest, river on Earth. Two major tributaries feed the Nile: the Blue Nile, which delivers more water; and the White Nile, which reaches deeper into the heart of Africa. Since Europeans began exploring Africa, controversy has dogged the hunt for the remotest source of the Nile. Beginning in the mid-1800s, Lake Victoria was largely accepted as the source of the White Nile. But generations of explorers continued to push farther into the heart of Africa to discover tributaries of Lake Victoria that would qualify as the Nile’s “true” source. The cartographers at National Geographic Society have generally accepted two sources, one in Rwanda and one in Burundi, but the search and the controversy has continued right up to the present.

In March 2006, a trio of explorers announced they had followed the Nile to its remotest point using Global Positioning System (GPS) devices, and that the river originated in a muddy pool deep in the nearly impenetrable Nyungwe Forest in Rwanda. On June 16, 2006, the Advanced Spaceborne Thermal Emission and Reflection Radiometer (ASTER) on NASA’s Terra satellite captured this image of Nyungwe Forest and nearby Lake Kivu. In this pseudo-true-color image, blue indicates water, green indicates vegetation, and deep green indicates lush vegetation. The forest stands out from its surroundings thanks to its deeper color. The mountainous terrain near Lake Kivu shows up in this picture in sharp relief.

Nyungwe Forest is actually a national park. Established in 2004, the roughly 970-square-kilometer (375-square-mile) park is home to hundreds of bird, butterfly, and orchid species, as well as dozens of mammal species, including non-human primates.