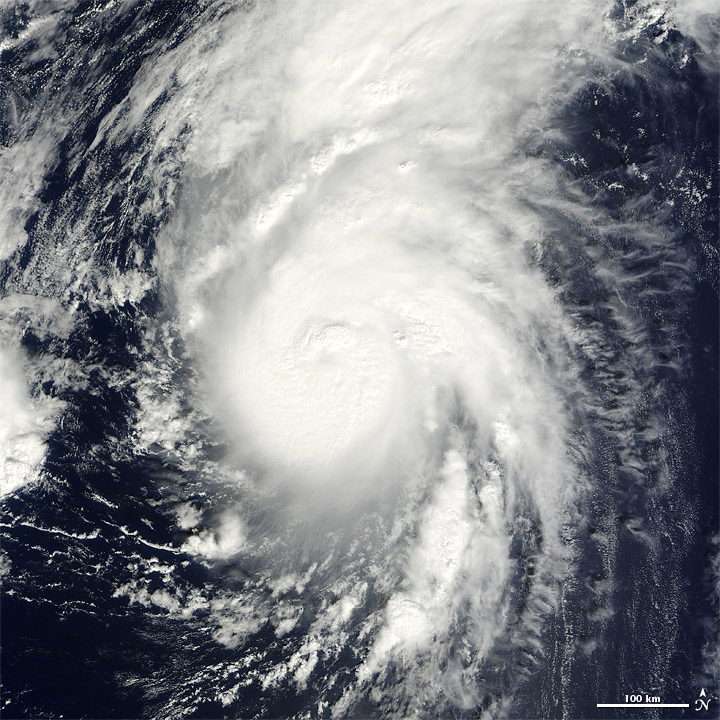 Philippe first formed as a tropical depression south of Cape Verde on September 24, 2011, and strengthened into a tropical storm the same day. On October 6, Philippe became a hurricane, the U.S. National Hurricane Center (NHC) reported, but posed no threat to land.

As of 11:00 a.m. Atlantic Standard Time (AST) on October 6, Philippe packed winds of 80 miles (130 kilometers) per hour, and was about 425 miles (680 kilometers) southeast of Bermuda, the NHC reported. At 10:45 a.m. the same day, the Moderate Resolution Imaging Spectroradiometer (MODIS) on NASA’s Terra satellite took this picture. The spiral-shaped storm spans hundreds of kilometers.

The NHC forecast that Philippe would weaken somewhat over the next 48 hours and travel toward the northeast. 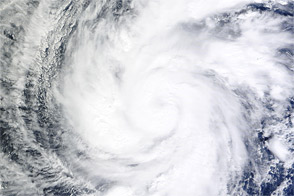